In my opinion, the Sintra Province is still a secret, especially in the off season. You really feel like you are in Portugal here. Don’t get it twisted, I loved Lisbon and the  guidebooks are right about Sintra, it is truly out of a fairy tale–or fairy tales are based on Sintra, either way–but the small hill towns just to its west are something special. 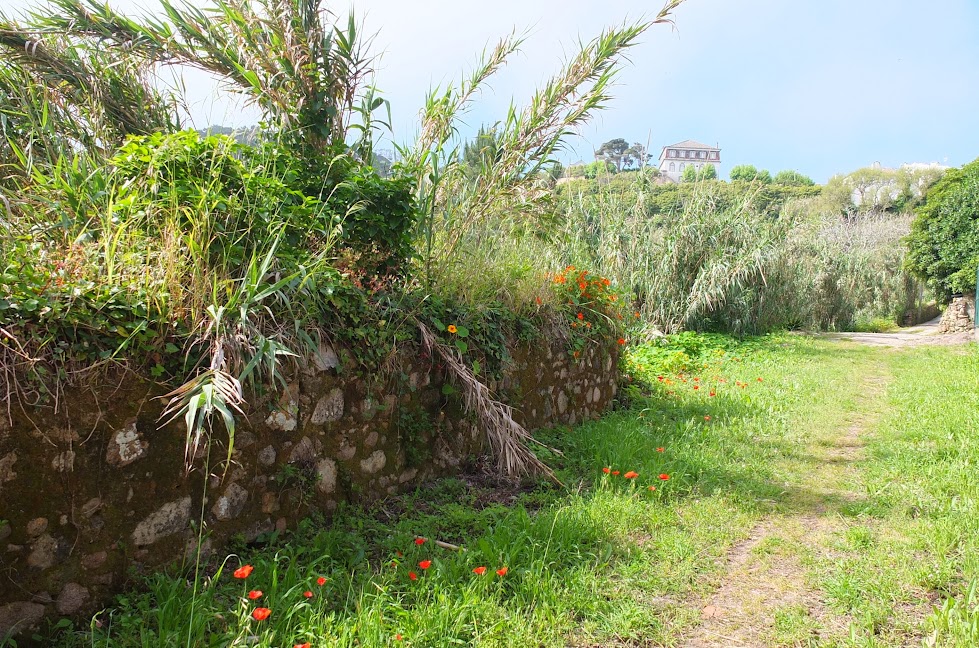 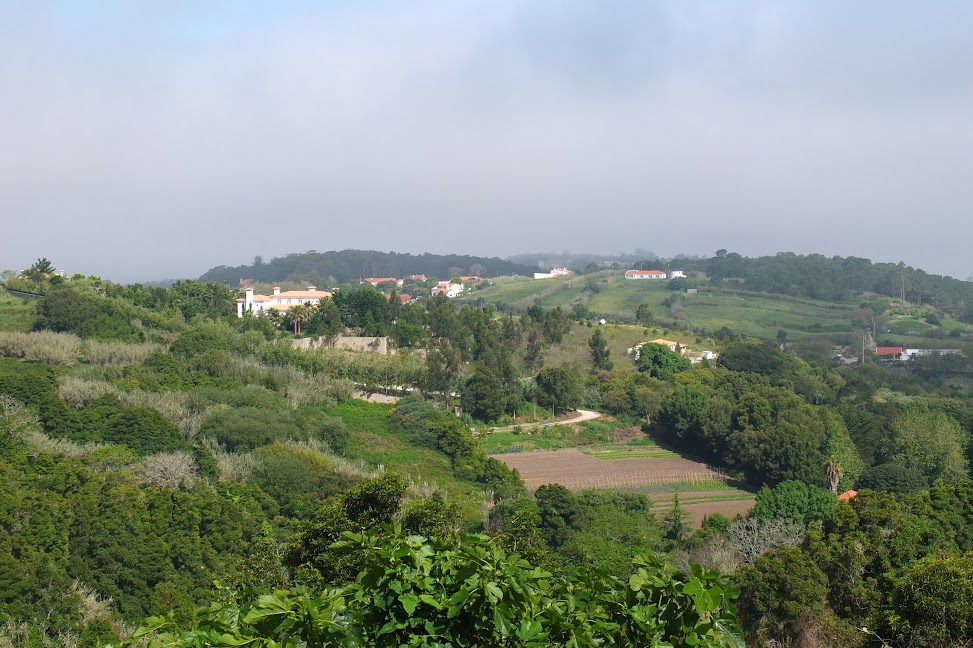 Following perhaps the most convoluted way possible (Google does it again.) We journeyed through the tiny towns between Colares and the Praia da Adraga. We traveled through the most picturesque village of Penedo—down winding stone pathways which ended up being backyards–then continued on through Almocagame. We found a sign directing us from Almocagame west, and so we continued on in search of the beach. We passed sprawling farms having just harvest hardy greens and the weather changed dramatically as we entered the valley. The fog rolled in but not before we could soak up the feeling of being surrounded by those very green hills covered with every shade of wildflower you can imagine. 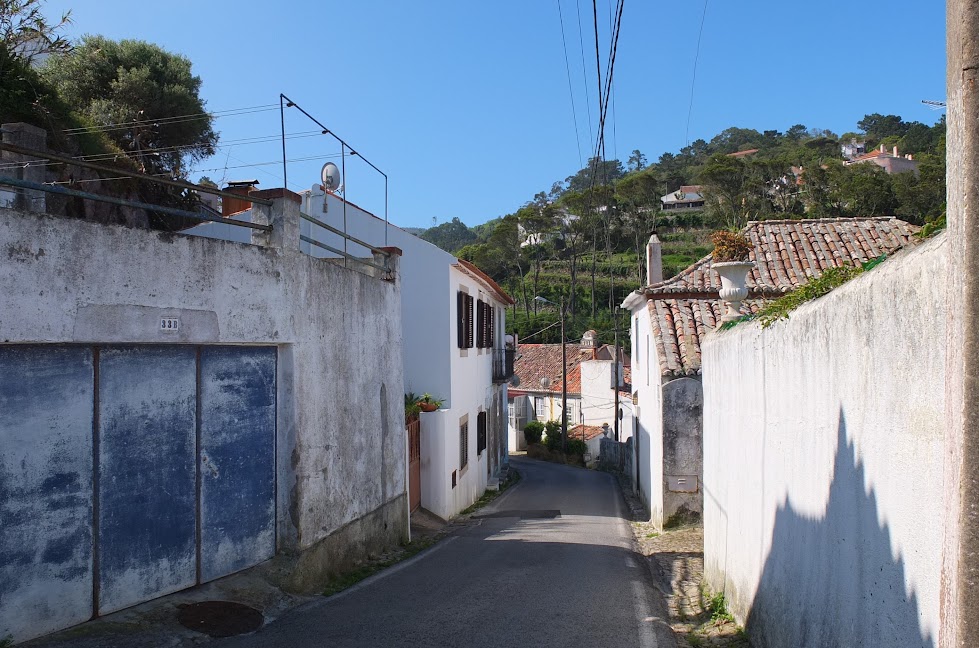 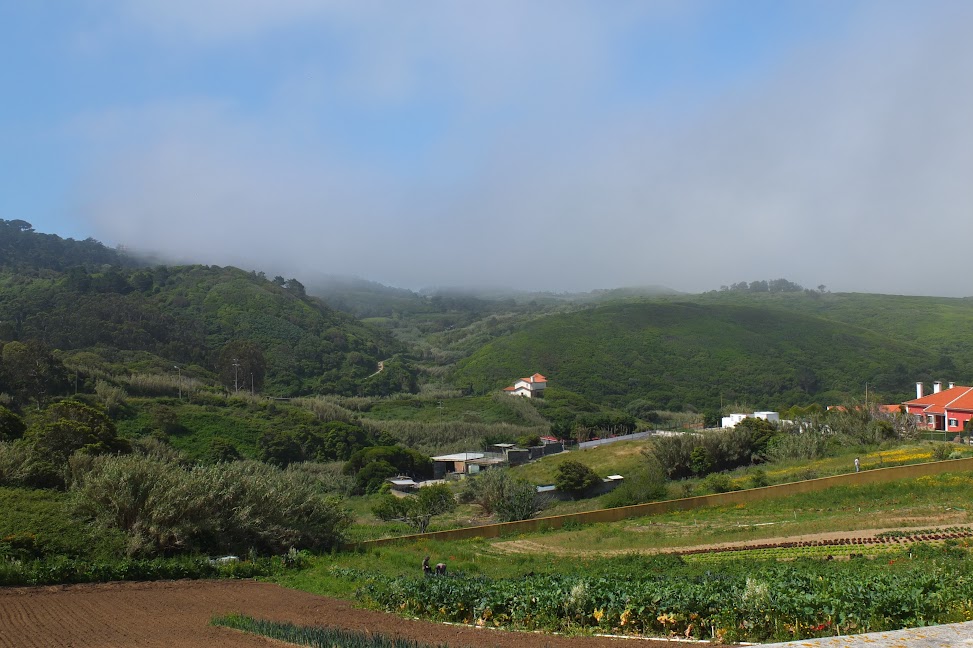 The road  became sand covered and we arrived to a beautiful beach with fierce cliffs only matched by the ferocious sea. The Atlantic is entirely different on this side. We wandered a while before returning to Almocagame and settling in for lunch at a cantinho where we promptly embarrassed ourselves thinking English was spoken and thus solidifying our presumed “entitled American” status. Lesson learned! An overflowing glass of wine later and a plate of tripe stew, and we set out in search of our next destination: Cabo da Roca. 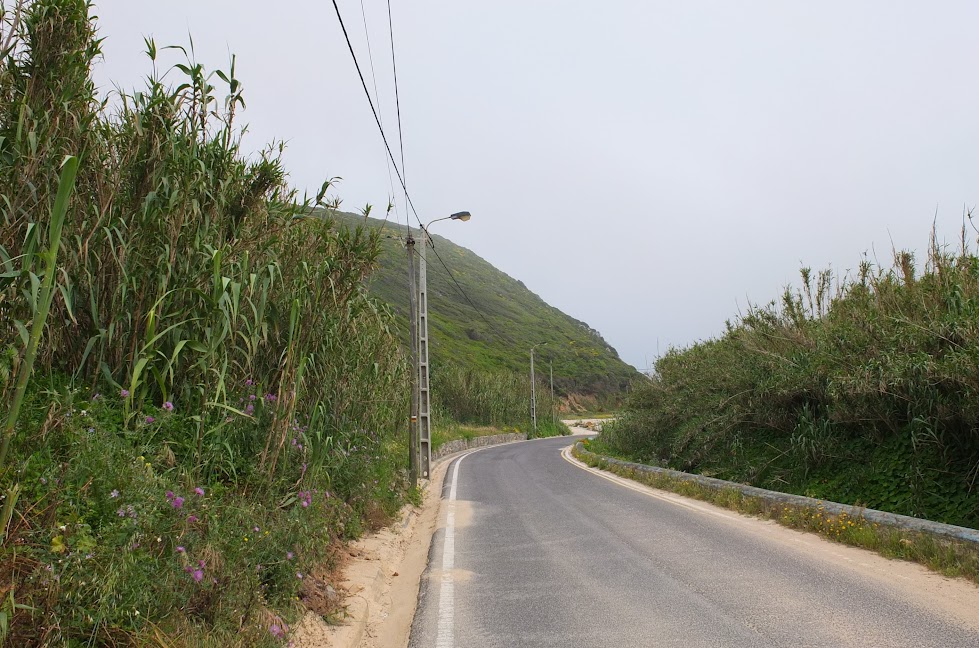 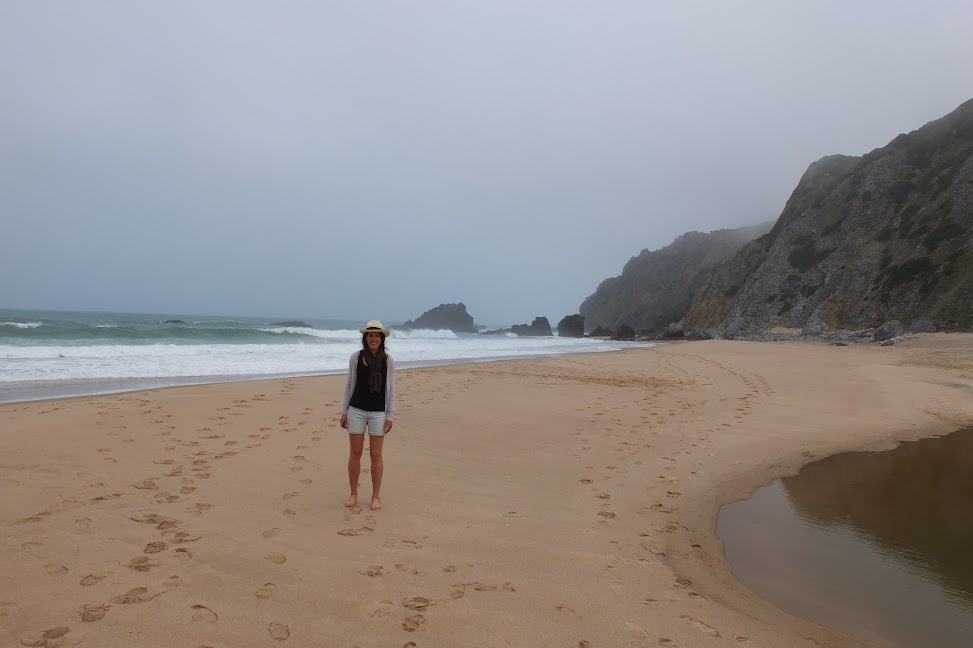 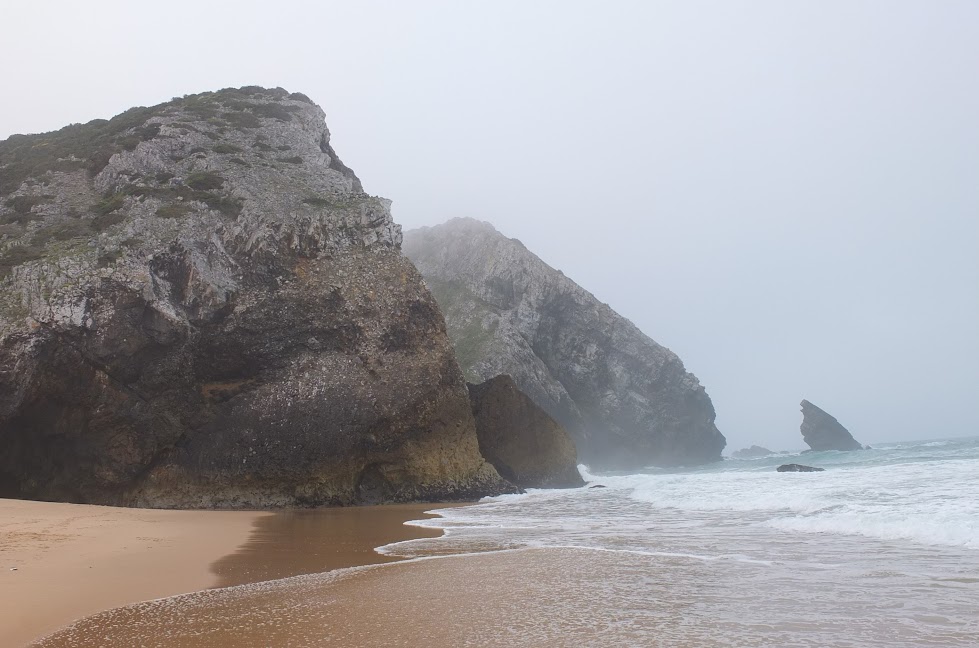 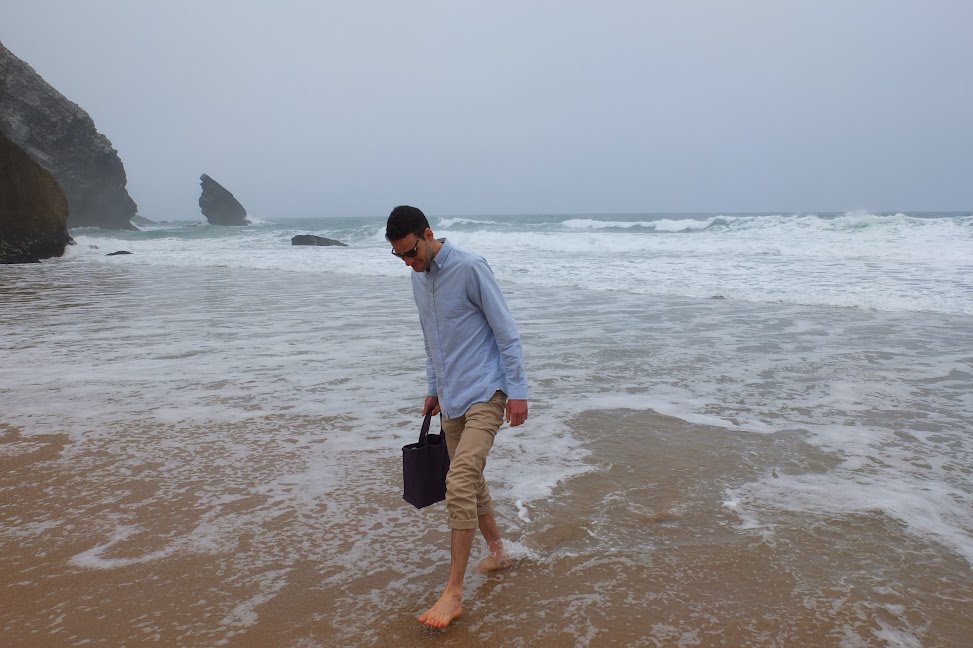 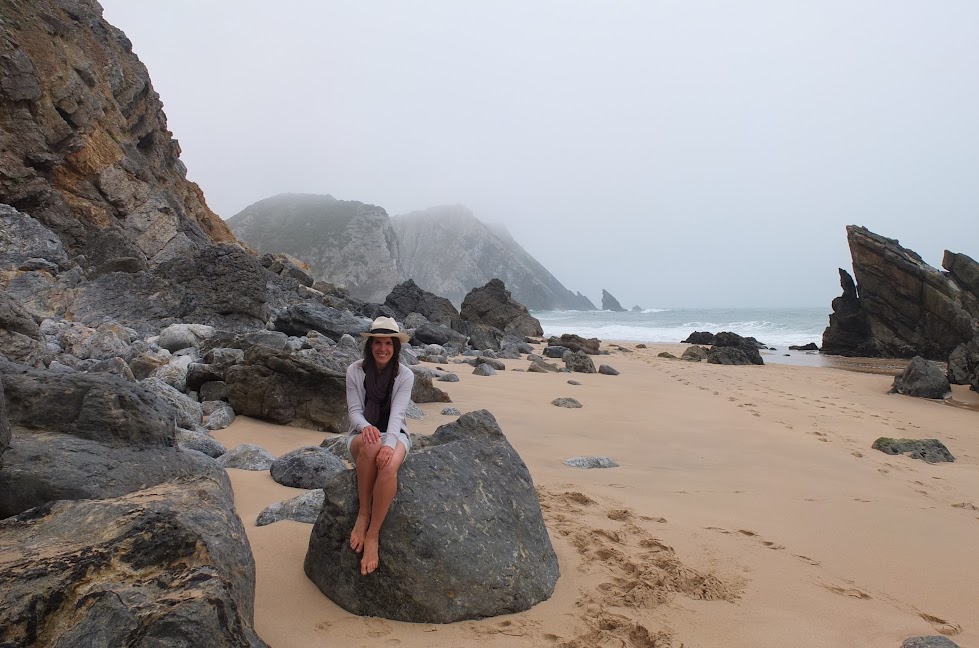 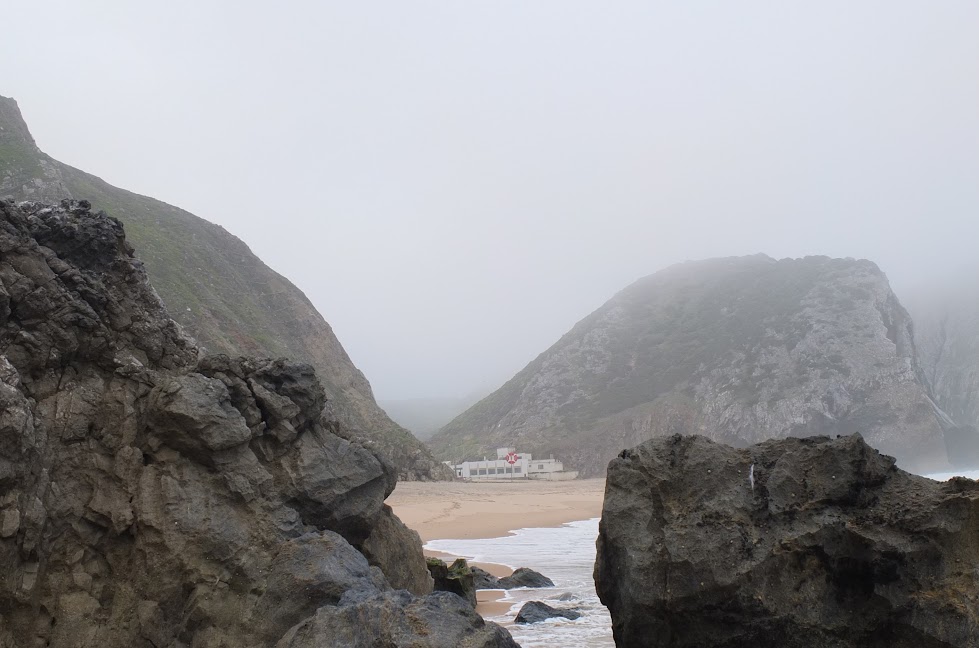 This was a situation in which the journey was indeed more gratifying than the destination, but we had fun. We followed simply followed the signs along the hiking trail to bring us to the overlook and sure enough, we were successful, despite being spit out on a “highway” after our glorious trail walk. Along the way I reveled in the perfection of nature- the wild fennel growing along the path and combination of colors of wildflowers that only the best designer could compete with. It was heaven. 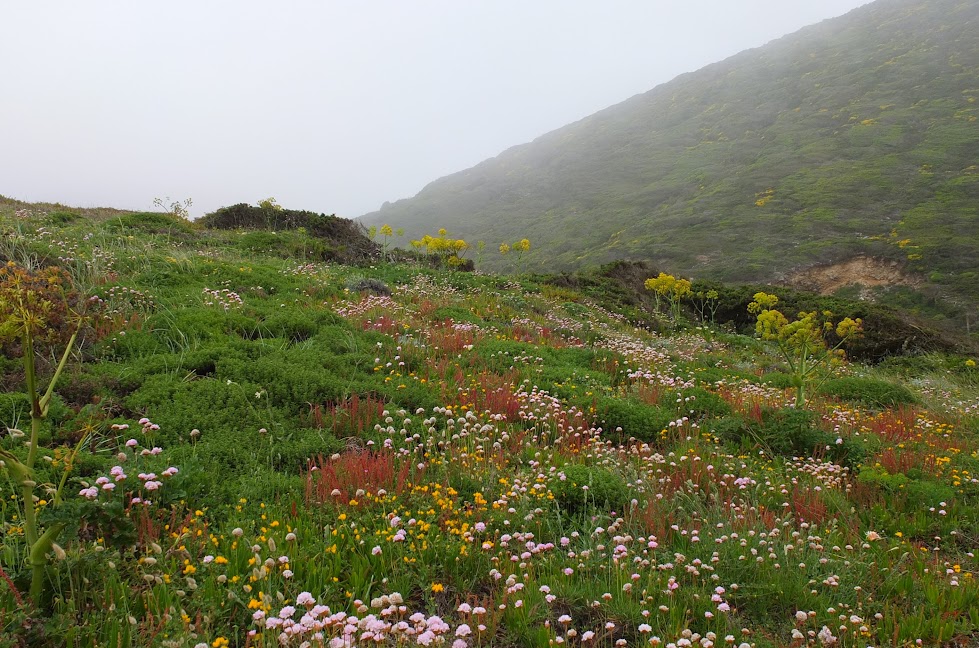 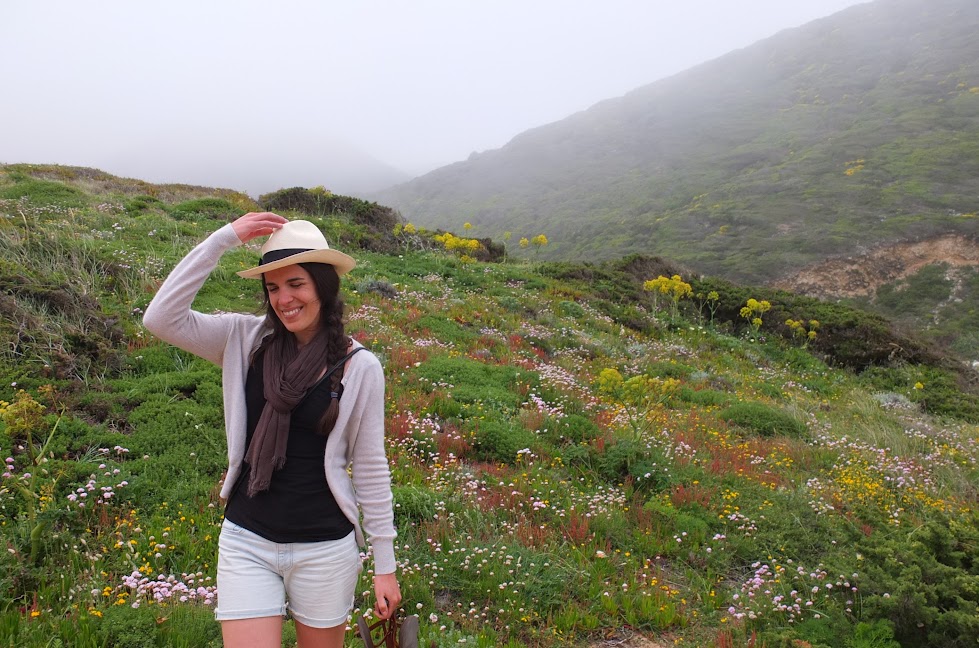 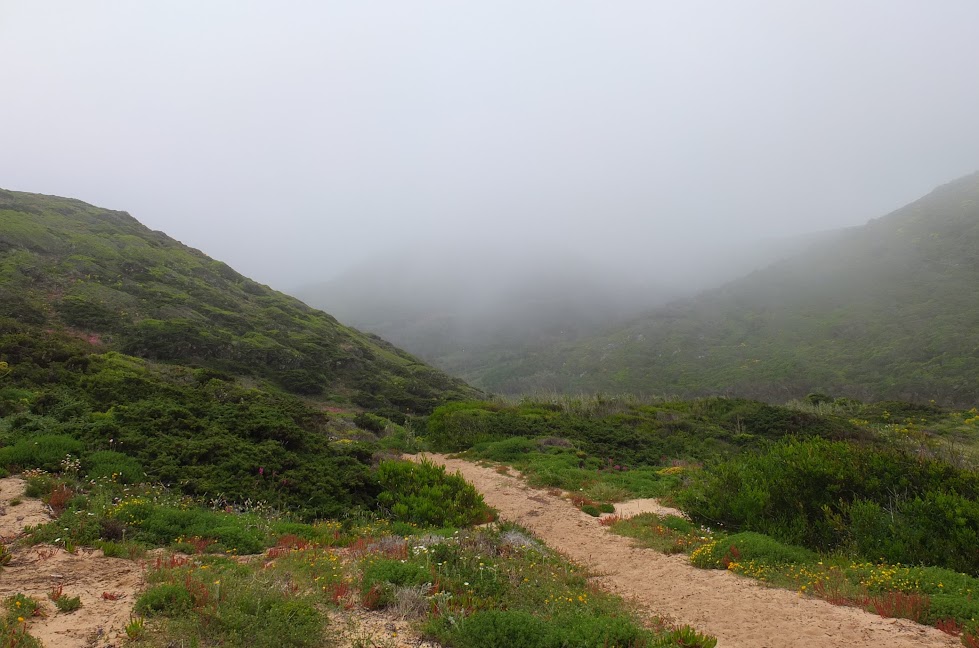 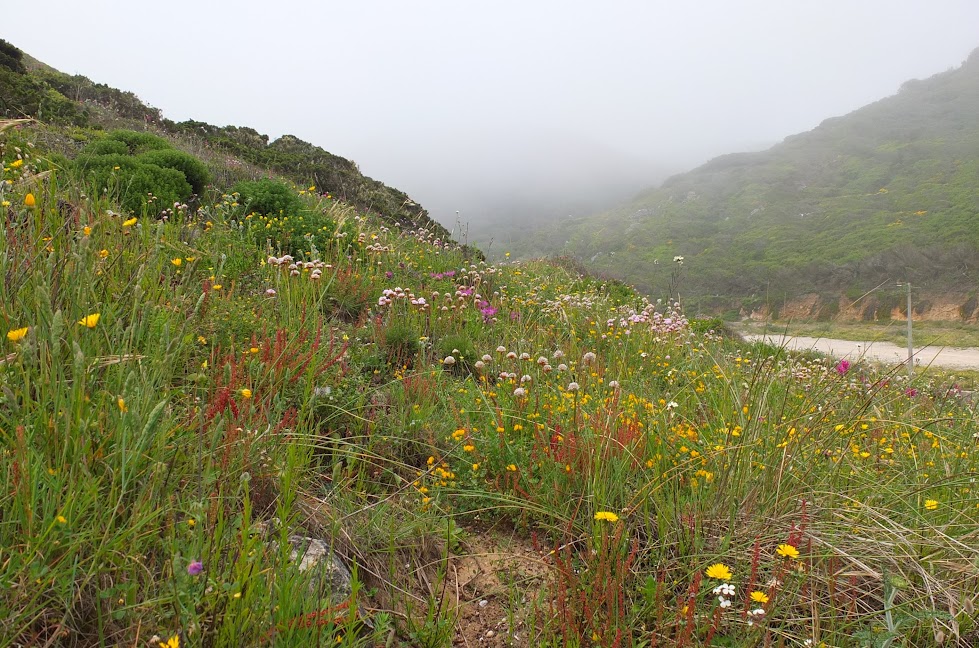 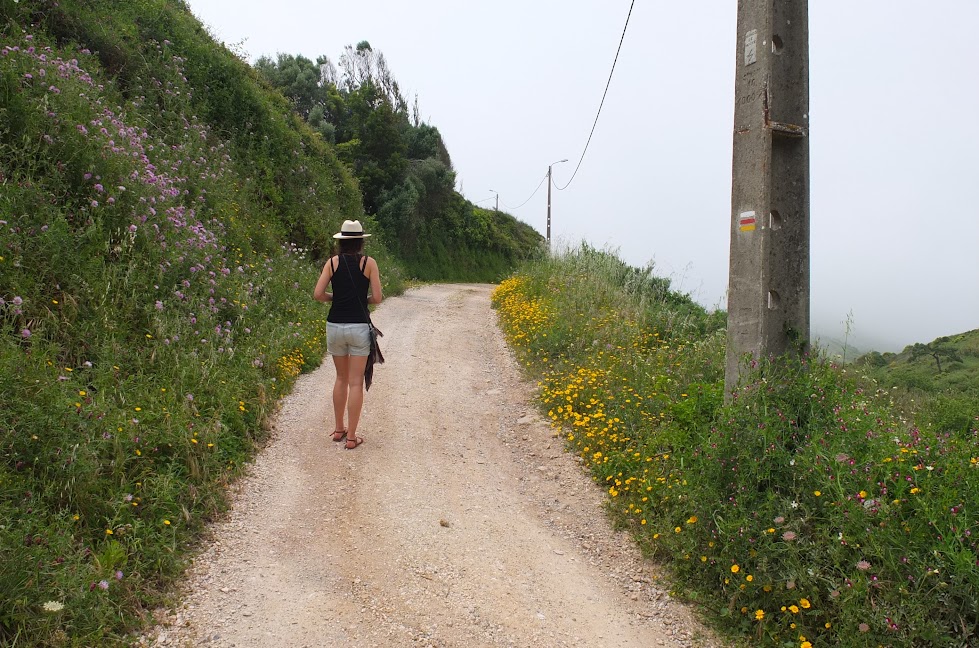 Once at Cabo da Roca we hit a wall of fog. It was only slightly disappointing for us, but those who poured out of the multiple tour buses to see the site seemed a bit perturbed. Further along the road we attempted a visit to Praia da Ursa, but I was only able to glimpse its majesty- nature’s veil was simply too strong, so it was; more vineyards and wildflowers and less crowds. 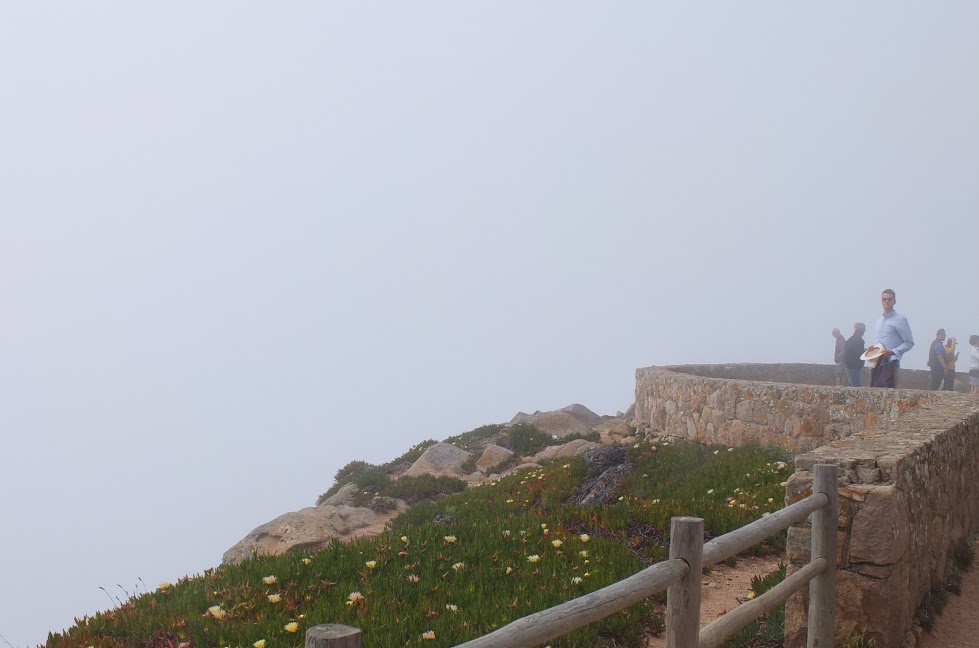 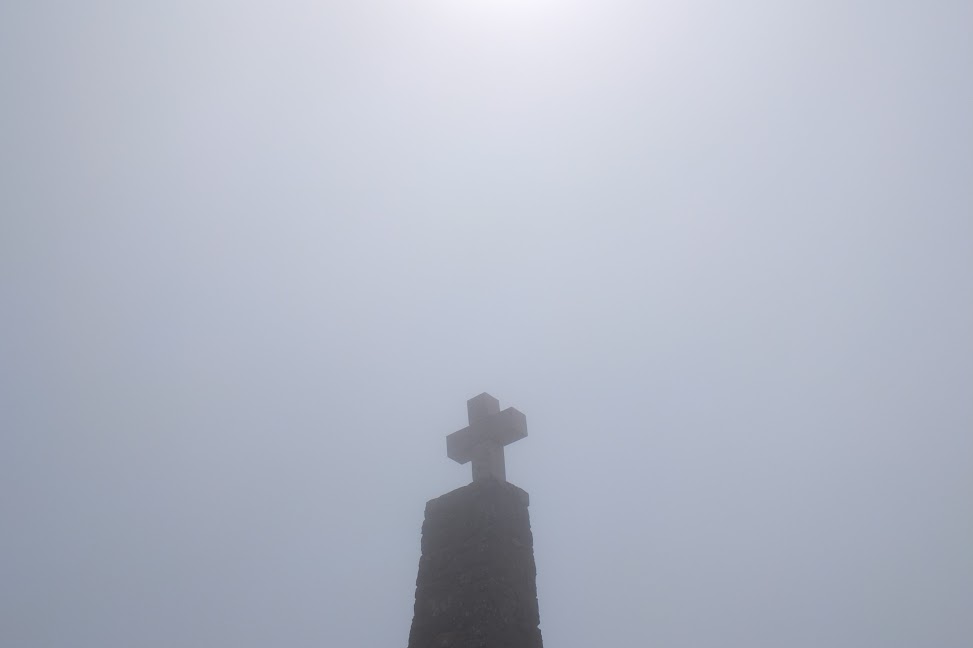 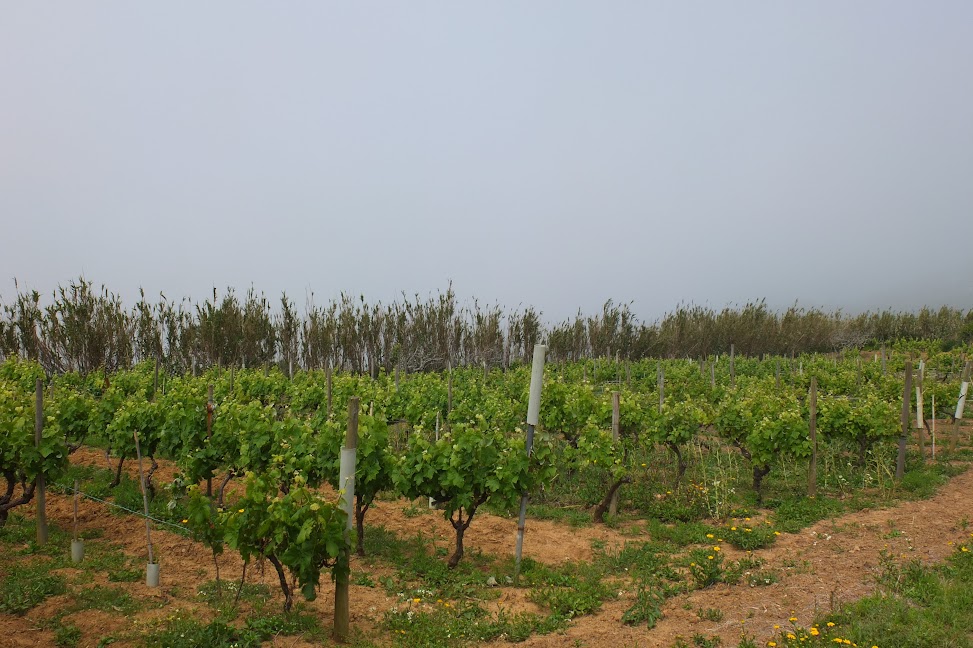 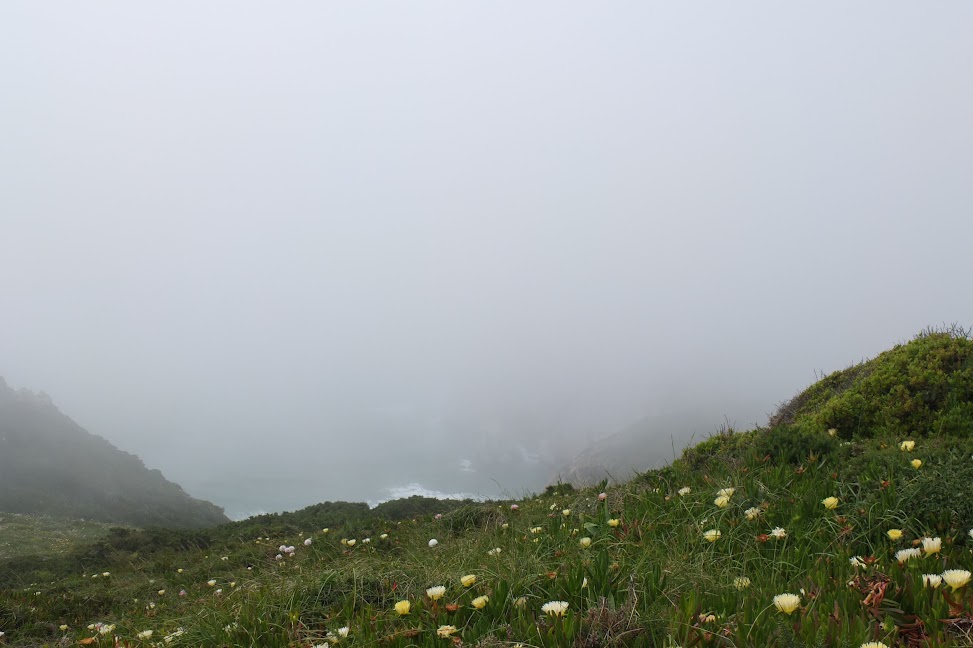 We ventured home, stopping again in Almocagame for provisions before facing loose guard dogs on our way back to the apartment. Probably close to 10 miles later, we had the best, simplest day. It was such a joy to wander those hills, relax on that beach, and greet nature just a bit more. 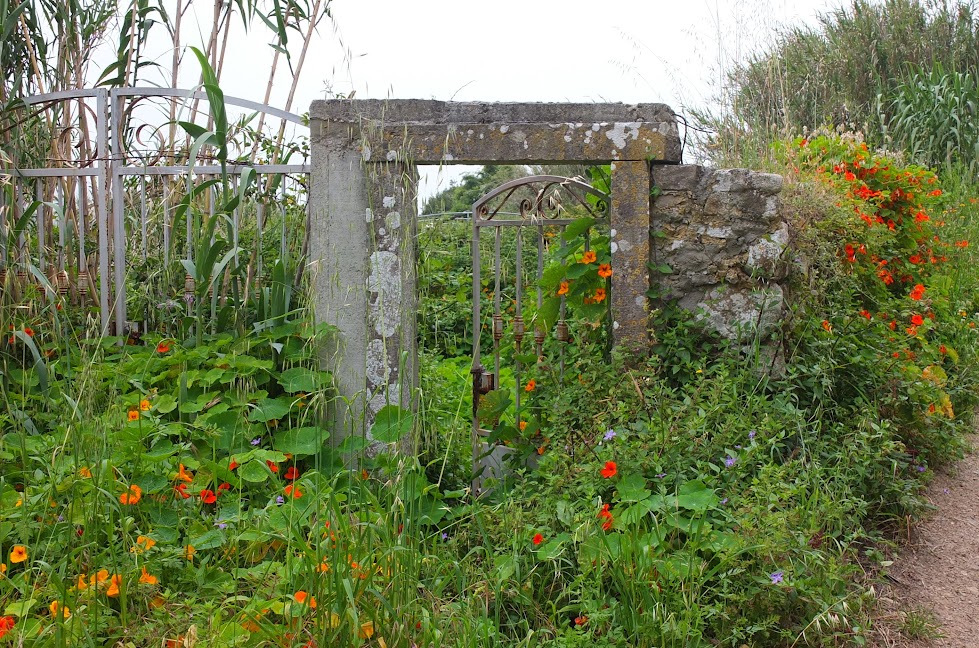 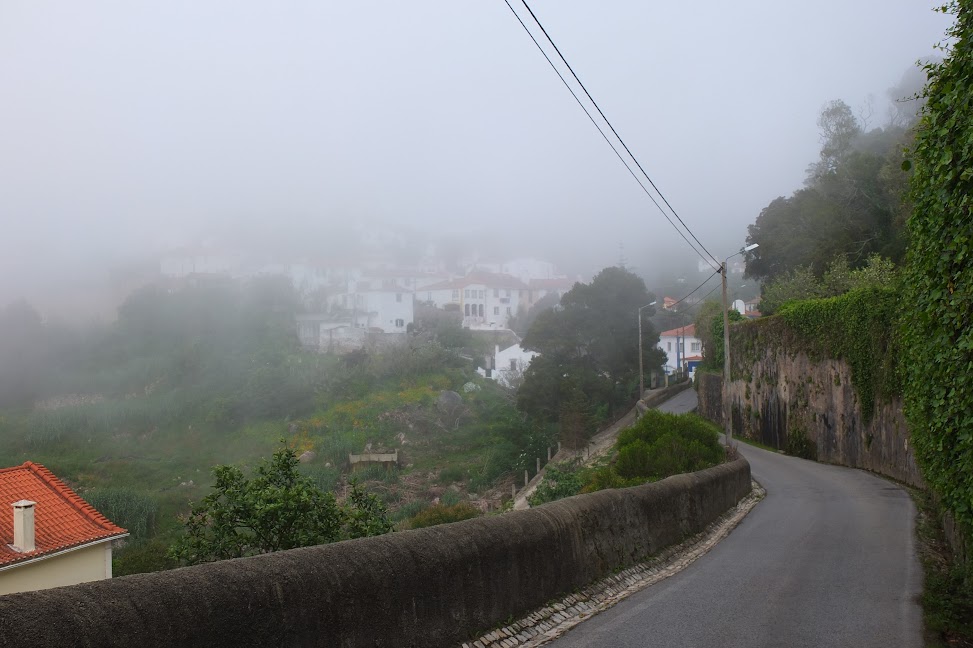 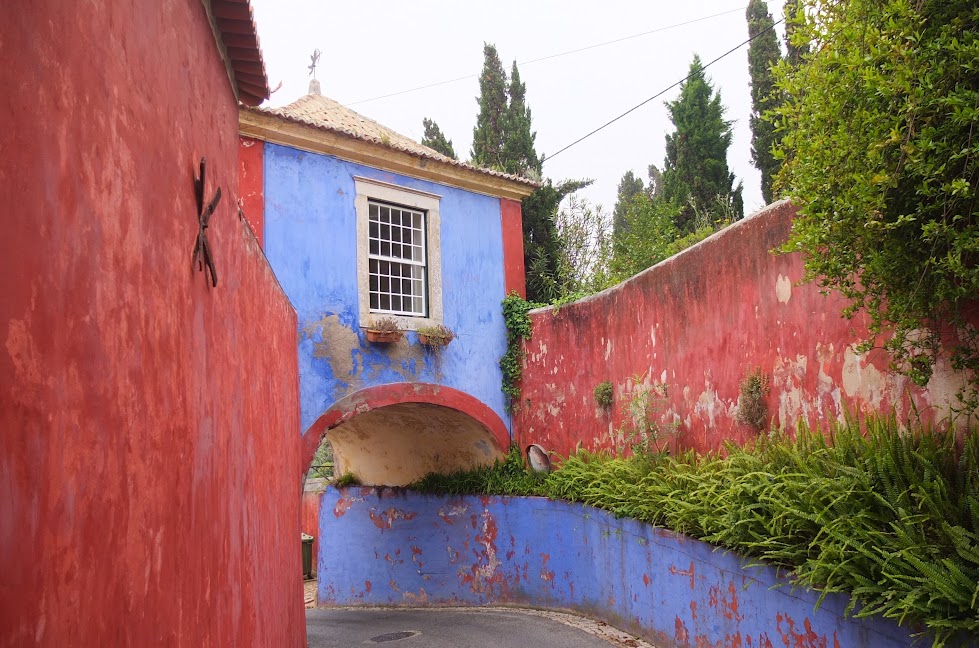 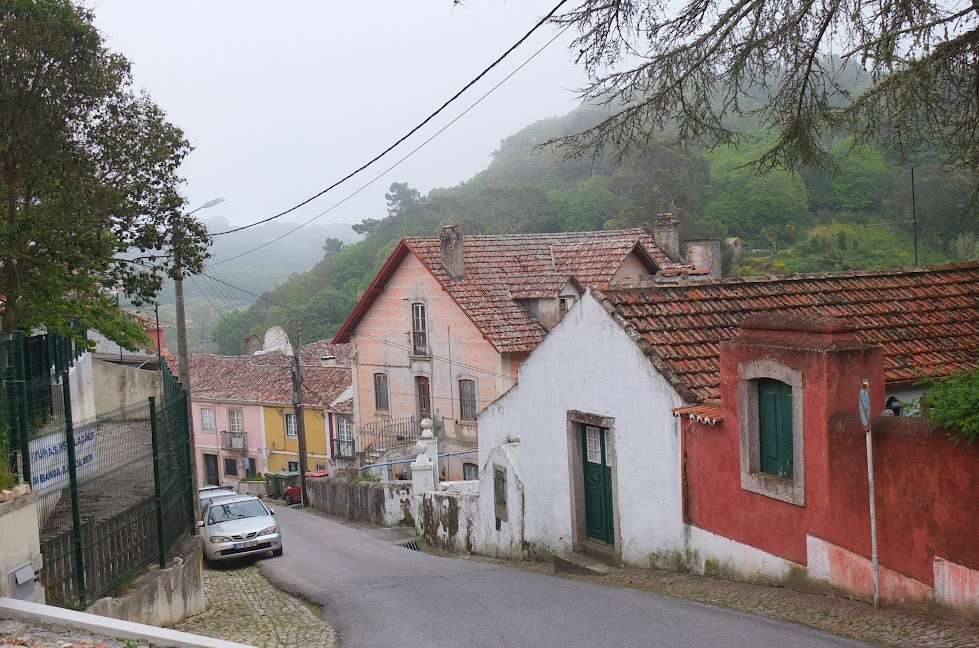 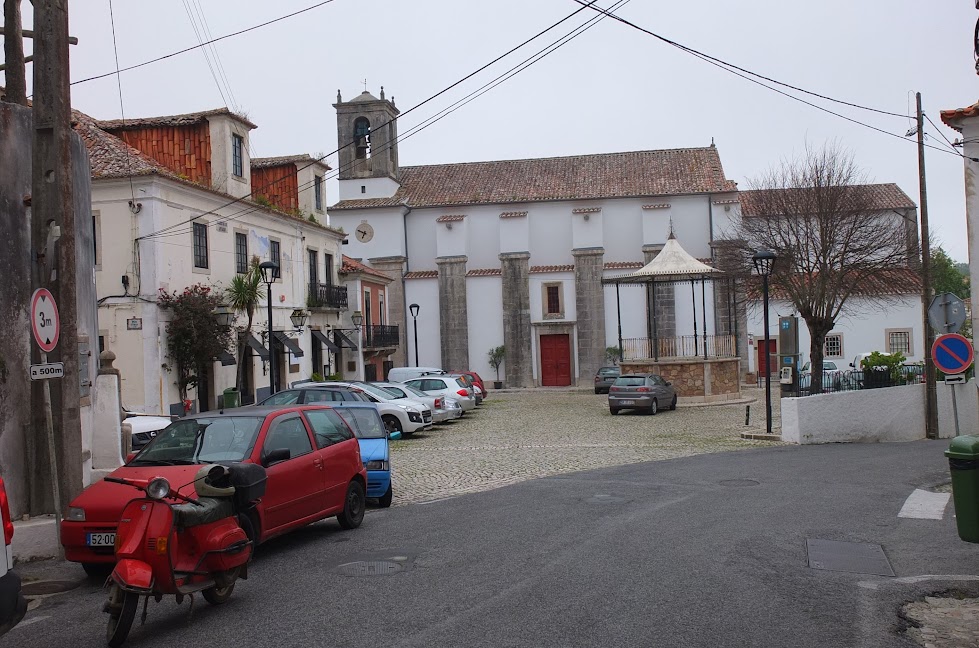 To spice our routine up a tad, we decided to head into town after dark. The next day was, in fact, our one year wedding anniversary, so a bit of a celebration was in order. A Friday night at about 8:00pm, and the most popular place in town, Central Restaurant, was dead save us and one solo diner. It didn’t matter. We were received so warmly and handed menus. In the back of my menu I realized there was a list of allergens in each dish; I was in heaven! I could pick every course comfortably. We both were smitten with the whole meal, especially Luke’s seemingly never-ending dish of grilled octopus. A highlight was our waiter; he stood by expressionless for the duration of our meal, only moving to refill his tiny glass with wine from a box (my kind of guy). Only later did he strike up conversation with us asking where we were from. When we responded he paused for a while before making his connection: William Smith! And with that laugh we were gone to walk the very dark, very quiet streets back to the apartment we could call ours for one more day.