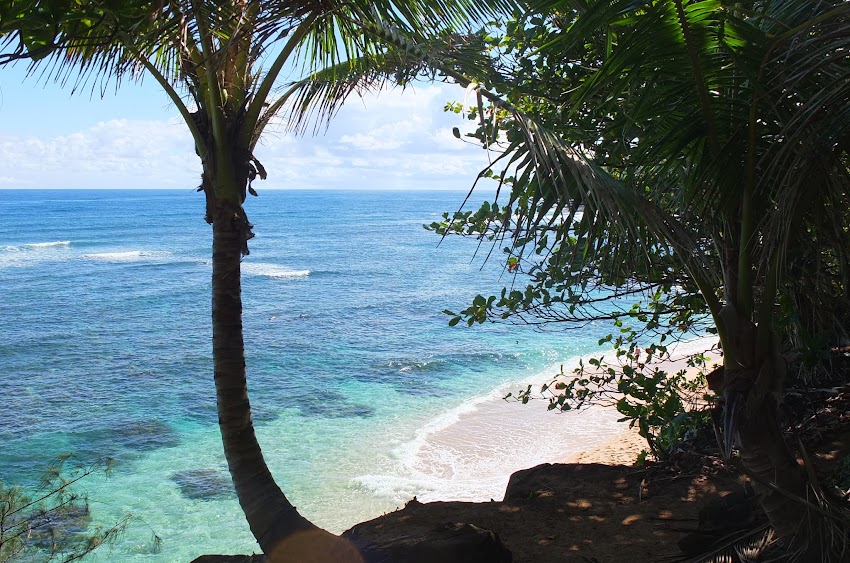 We took a big breath and savored it all today. Nearing the end of our adventure, we only had one (new) beach or two left for initial exploring. 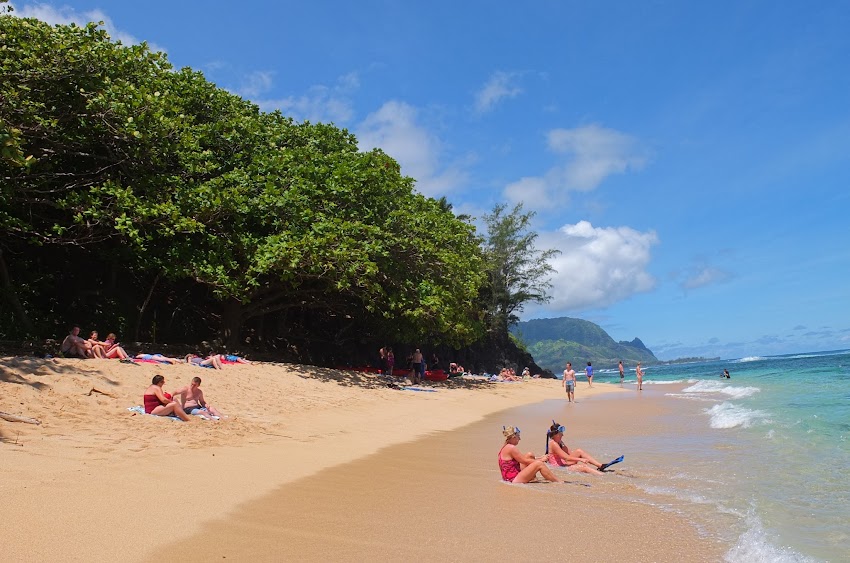 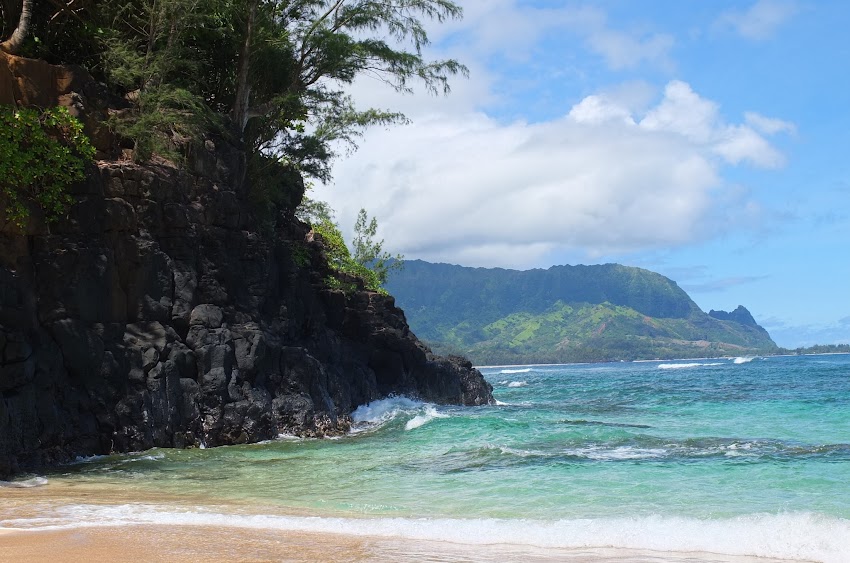 We arrived at Hideaways Beach as one lone spot was vacating. The parking opportunities here are quite slim as the lot is sort of hidden in a back corner of Princeville. The path in between the lot and the tennis courts led us to yet another path that was quite a bear to navigate down with our belongings, but we did. It was short but very steep and host to a shaggy rope to keep you upright. The beach was pristine if increasingly crowded. The views were magnificent, the water crystal, and the snorkeling and swimming among the best we’d experienced (that day, at least). We nestled under a tree draped with vines. I swung from one as did others. We did this for the better part of the day until the tour groups intruded (of course I have no right to feel that way) and it was time for our picnic lunch and we returned to the car. 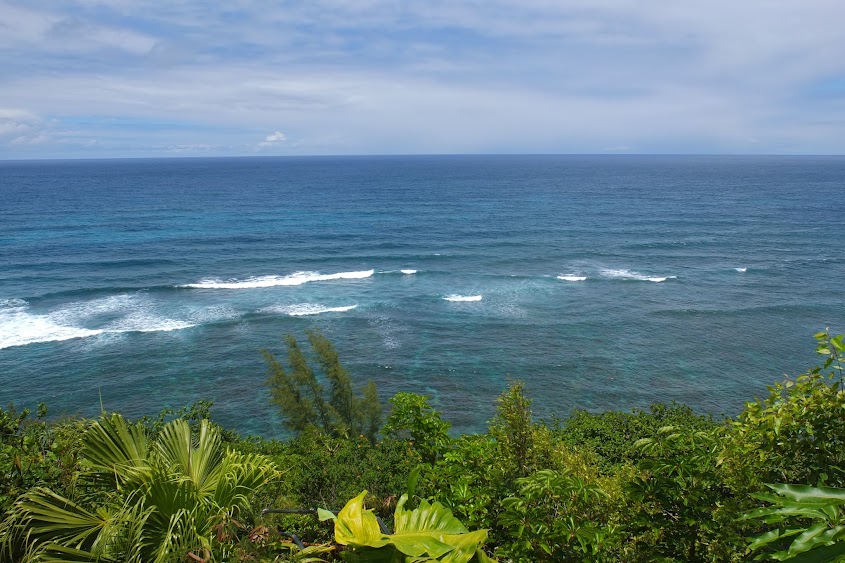 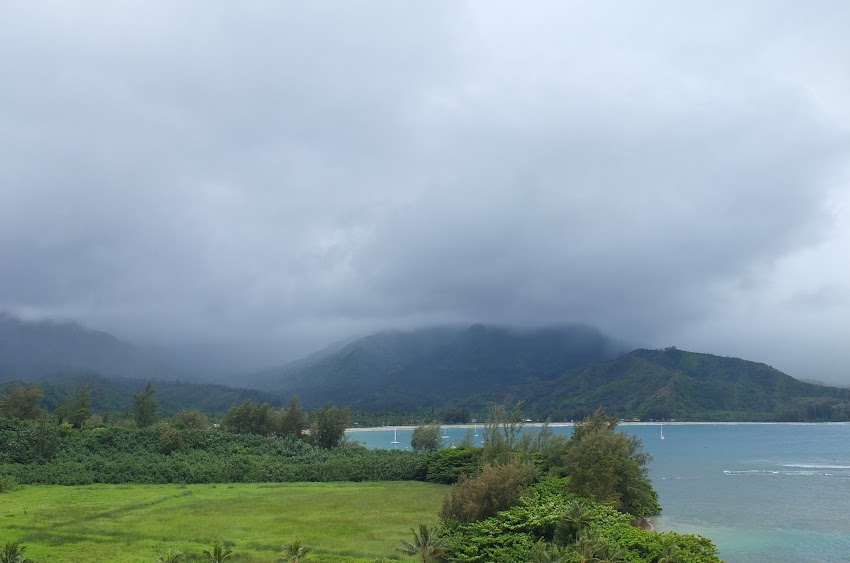 After, we explored the St. Regis for a taste of what all the talk was about. The views were indeed sublime, but subtract that and the grand hotel didn’t hold a candle to our cabin, truth be told. 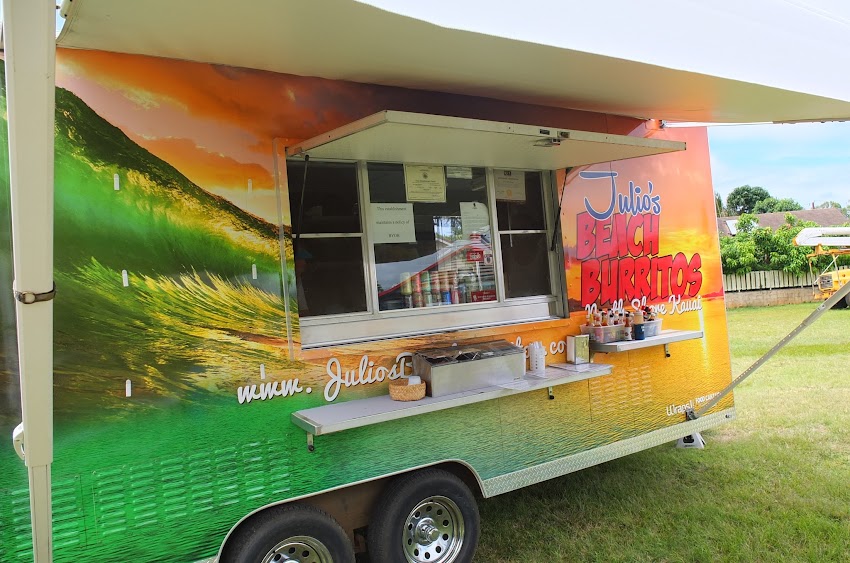 We took a break from the afternoon sun at a taco truck by the name of Julio’s. We were handed all the samples we wished before ordering. I ordered one Ono taco then quickly followed it with a taco filled with shrimp; they are very good and the owners are very kind. We talked for a good while before saying our goodbyes.

Before the rain came, we returned to Rock Quarry Beach for a quick hike to Mokolea Lava Pools. The “trail head” is found at the far end of the beach. You can first cross the freshwater river and walk uphill and to the right and hug the cliffs until you reach the beautiful pools. The tide was quite low when we were there, but we were warned by a resident to be sure to stay out of the pools themselves given the ocean’s unpredictability. Along the trail (not really a trail but involving a bit of boulder hopping) the remains of decades-old farming equipment is scattered here and there. It was a laid back tour that yielded views that should require much more effort. Though from the looks of it, the journey would be far more dangerous in different conditions. 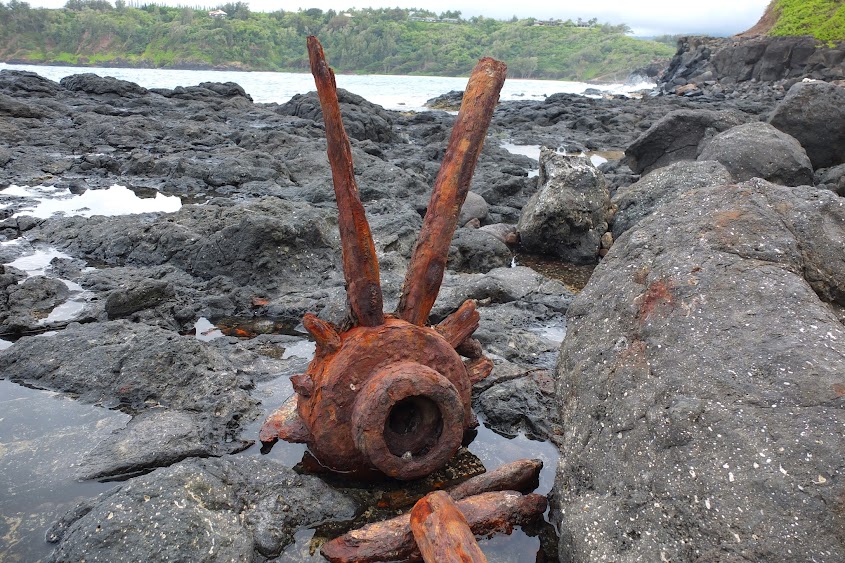 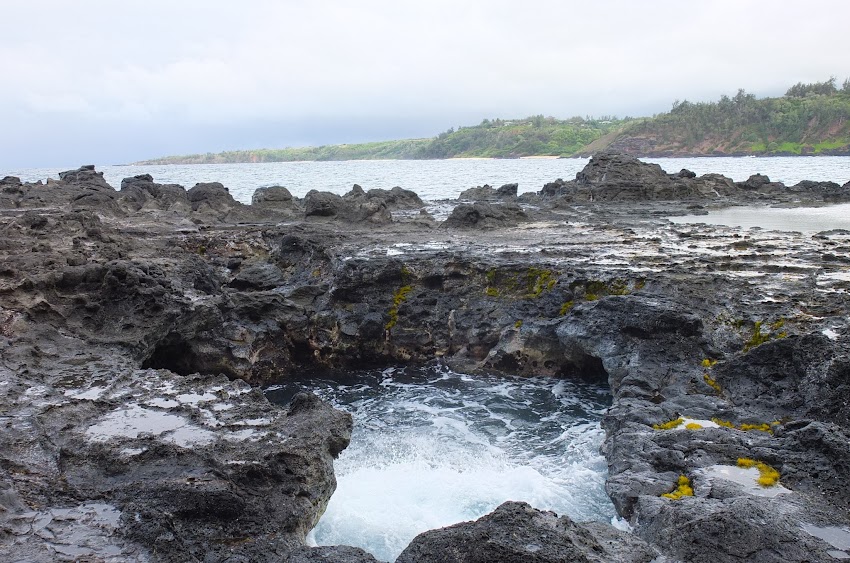 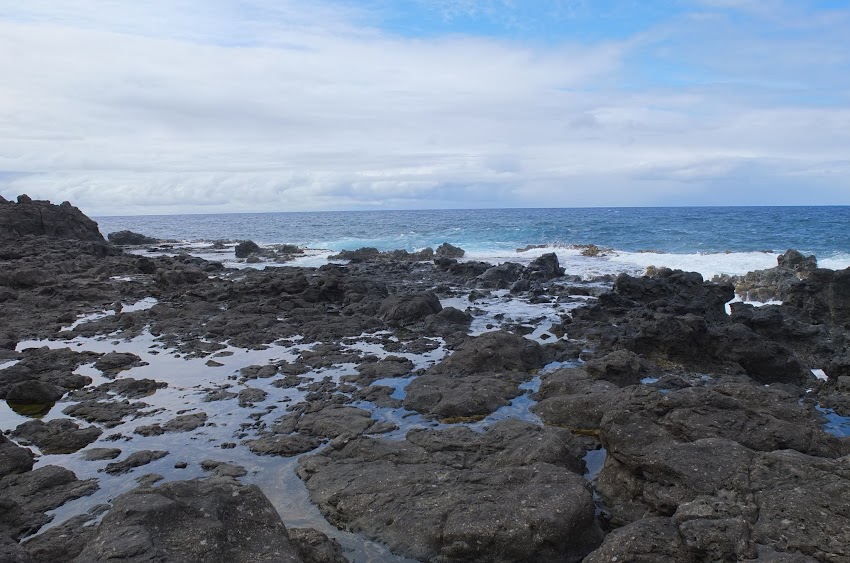 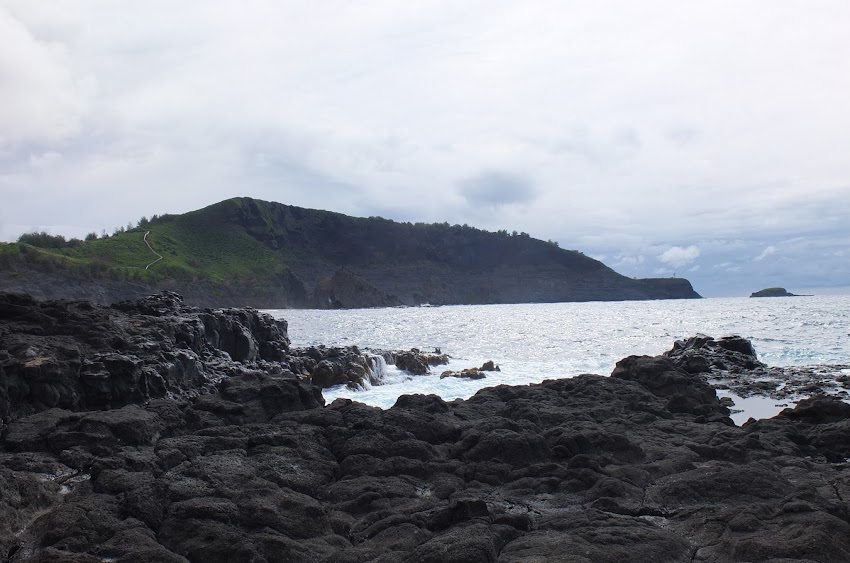 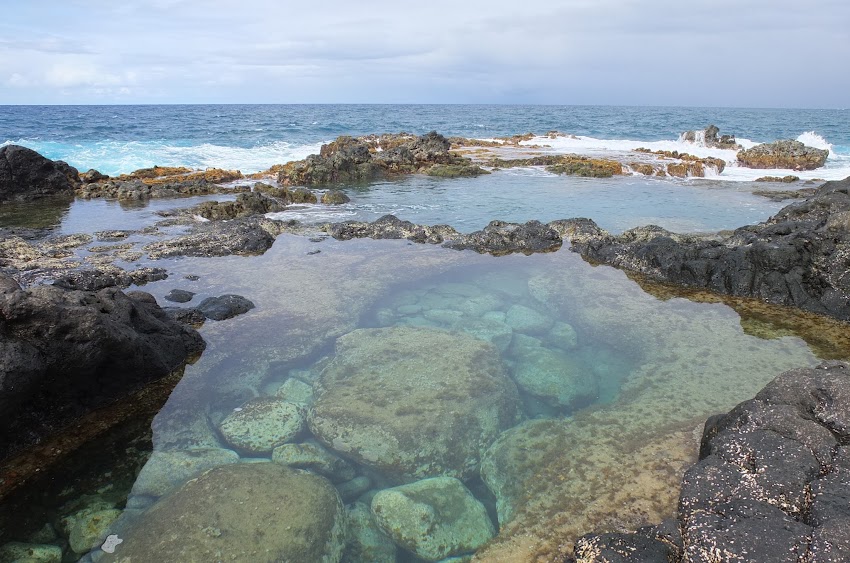 We took a quick dip before the skies darkened and opened up to reveal a big, beautiful storm and the great many waterfalls that come as a prize each time. Back to the house for our last night on the island. 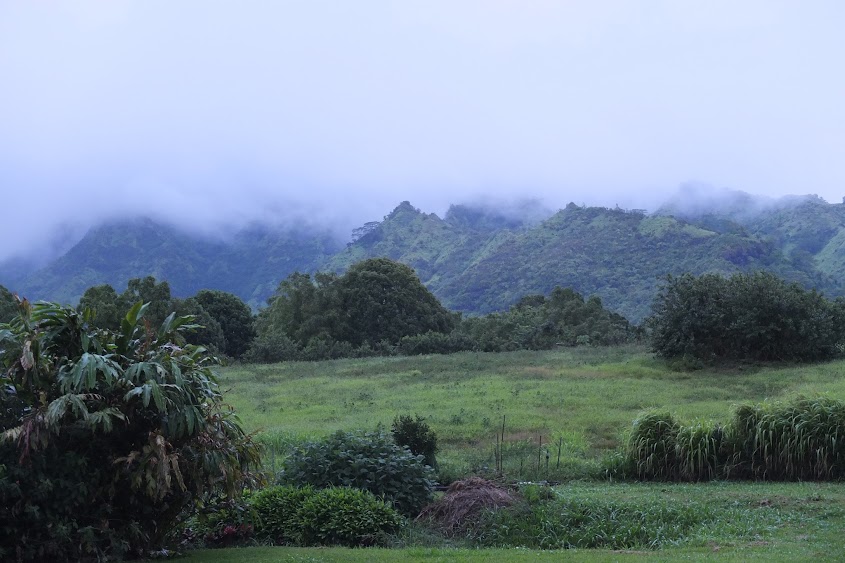 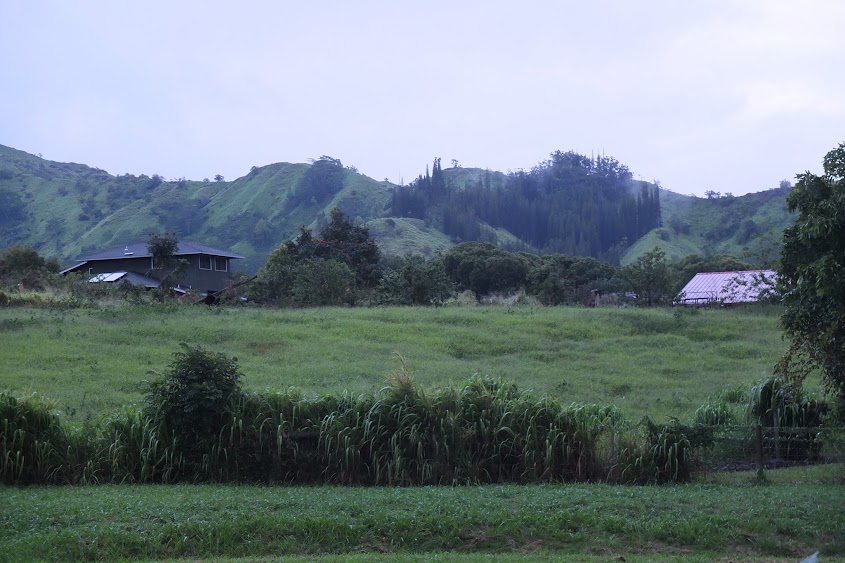 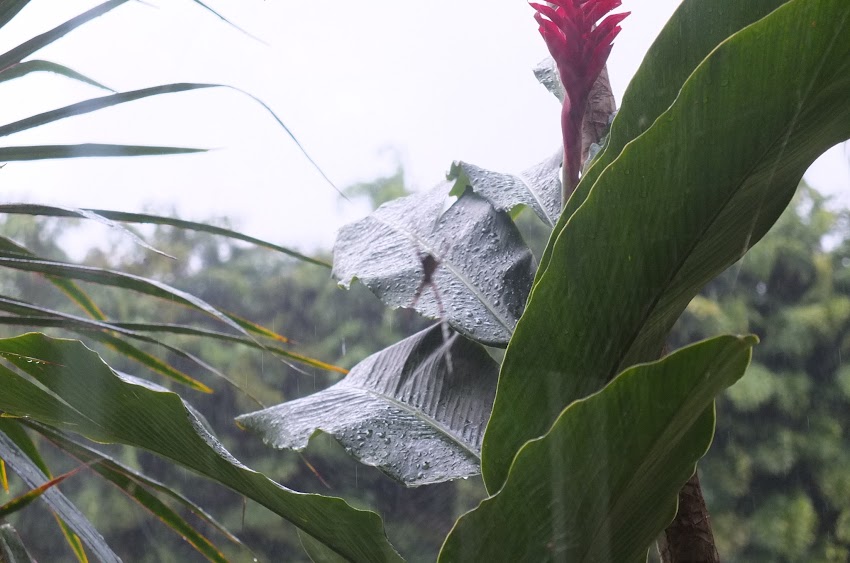