May 25, 2015—I was reluctant to wake up. Today we left our paradise…the cabin on a farm on a bitty island in the middle of the ocean. A week or so earlier I was cursing myself for choosing such a location; I was unready for the bugs and the rustic qualities I came to adore. How will I ever forget this place? The breakfasts and dinners on the lanai complete with geckos darting here and there and the sounds and smells of the tropics all around. The rustle of the palm trees swaying and the call of the chickens had become familiar. The fruit and flowers begging to be picked, the latter for what would become my wedding bouquet. Speaking of which, let’s not forget preparing for the day itself; I took deep breaths as I practiced my vows in the teeny kitchen and hurriedly did my makeup in the bathroom that, now that I think of it, didn’t have a light other than a small vanity mirror on the other side of the room.

We packed up the car as efficiently as possible before inhaling our surroundings one more time. I put my haku on my head for symbolic and practical reasons, and after one more look-around, we were gone. 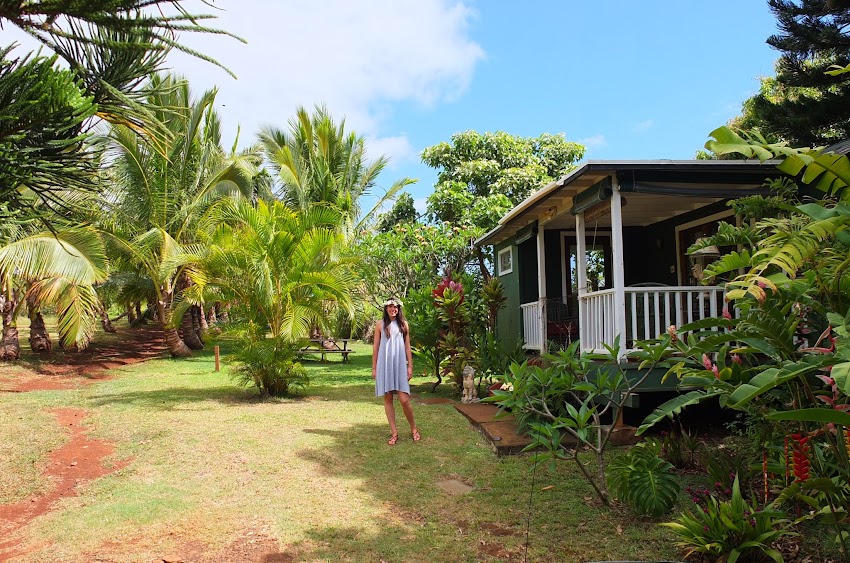 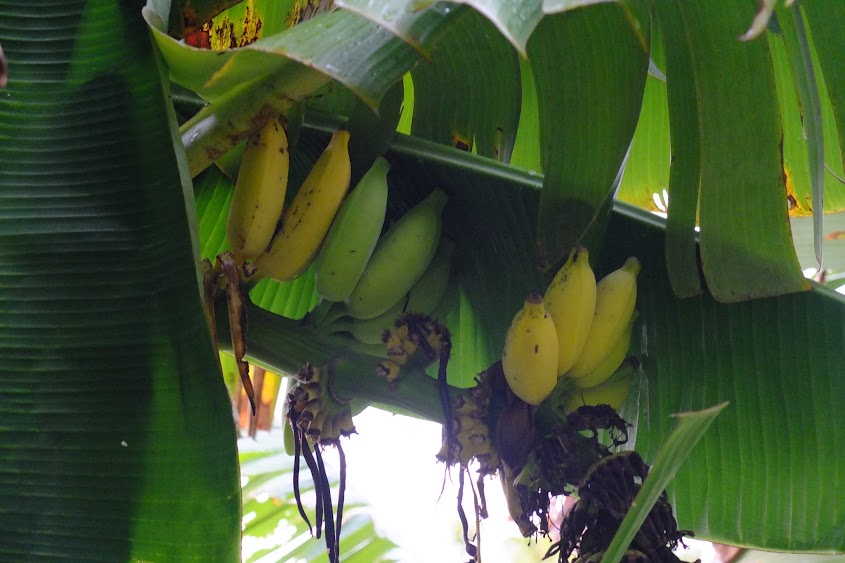 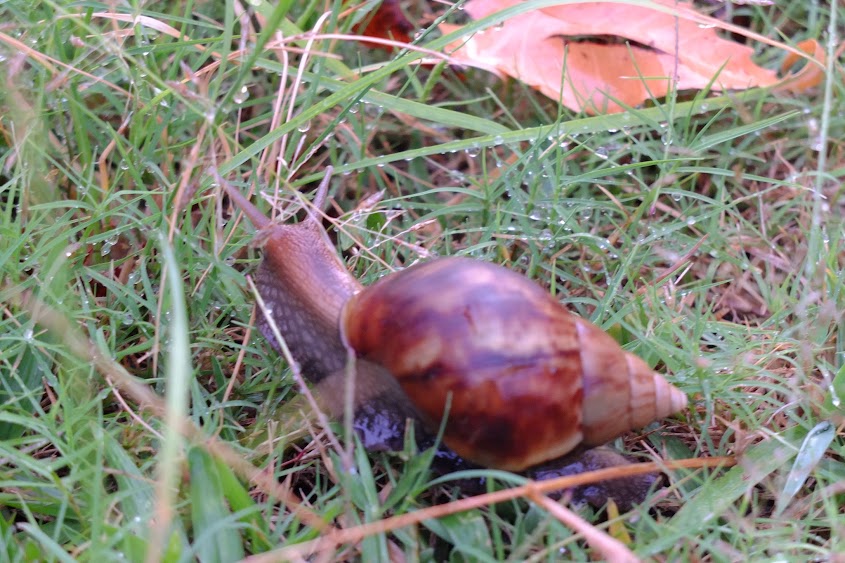 For the last three days we were headed for a “bed and coffee” (self-explanatory) about fifteen minutes away as new residents moved into our cabin. We arrived at the Makalahena Bed and Coffee and couldn’t help but stare at the views beyond; a perfectly unobstructed view of the mountains with waterfalls pouring down the side from the late-night rain the day before. Once inside, we realized the purpose of this new accommodation was to acclimate us to 21st century life once more in the most gentle and beautiful way possible. What waited for us was a huge shared space complete with a kitchen, laundry, and television. We walked outside and up a case of wooden stares and arrived in a perfectly situated room. As it would turn out, two of the three nights we had the place all to ourselves. 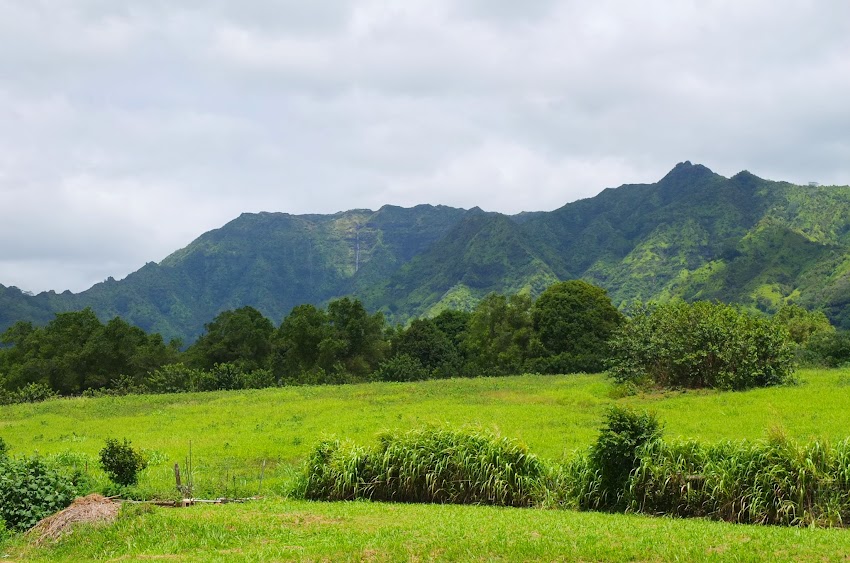 We developed a food tour of sorts while we were en route to the North Shore. First, Luke’s pick…a food truck in Anahola offering Kalua pork, Portuguese donuts, and a few types of salads from their kitchen. The owners placed two of the donuts on our containers and we drove to find a small pull-off near the beach to try it all. Once in Kilauea I was thrilled to see Shave Ice Tege Tege at its designated stop behind the health food store and next to the taco stand. The line was a few deep but I patiently waited, finally deciding on the Tahitian Berry after much debate. Watching the staff make the shave ice was surprising; each order was made so deliberately and with such care. My shave ice was adorned with a hibiscus flower before it was handed to me. 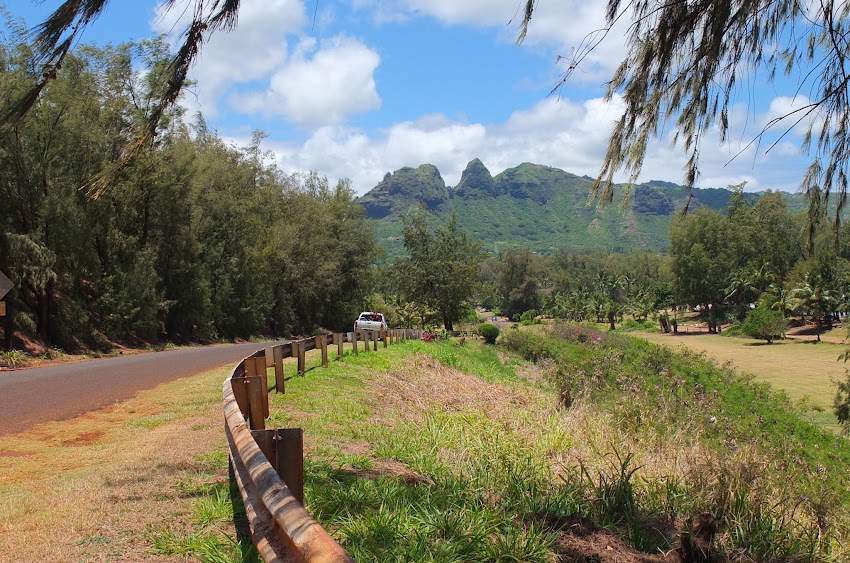 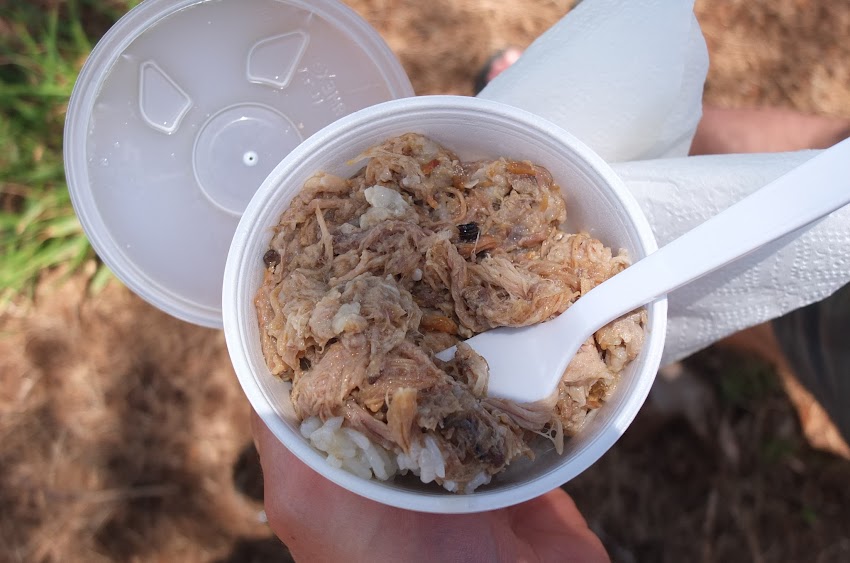 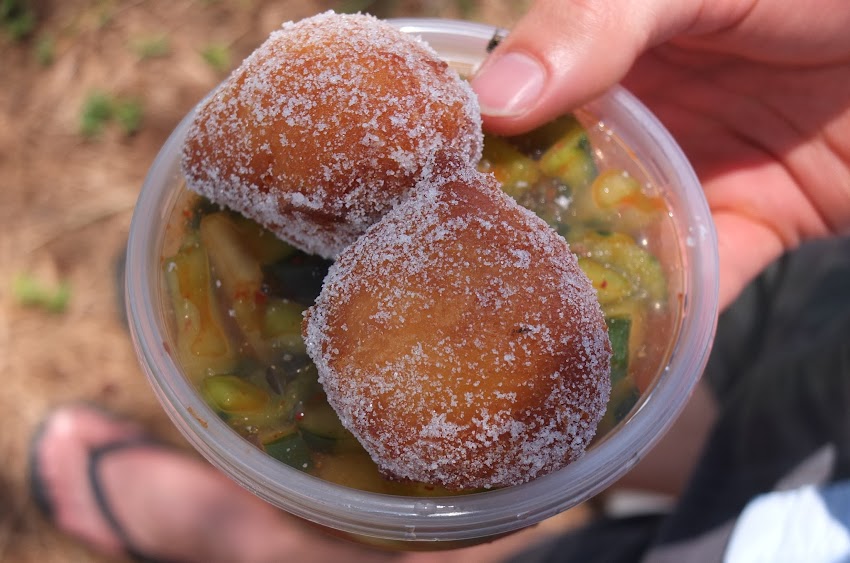 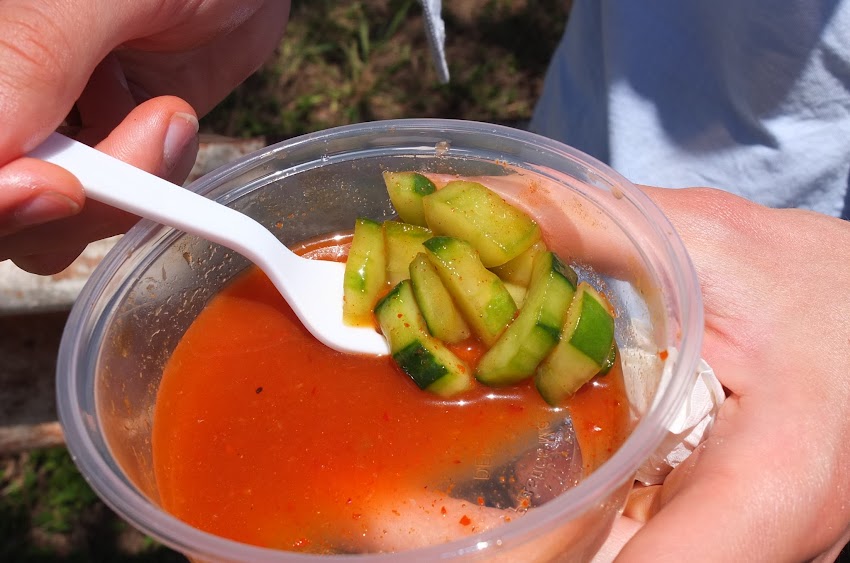 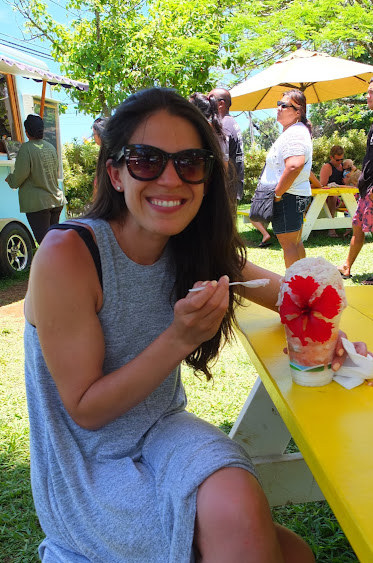 We ended up at Secret Beach for the afternoon, which I overheard a surfer talking about days before at Tunnels. After a sort of precarious walk down a path to access it, we were rewarded grandly. The beach is vast and the views extraordinary. There’s the lighthouse on the right and lava pools to your left. The water was too rough for swimming, so we waded and walked. This was the first beach that I noticed a different type of beach life in the form of nudist beach goers and bonfire gatherings. Separate parties, mind you. You wouldn’t know it was Memorial Day.

I witnessed the power of the sea here as it swallowed the beach whole for many seconds as I was seemingly trapped in a precarious spot trying to nab a photo. Take heed: the ocean is a powerful, beautiful beast. 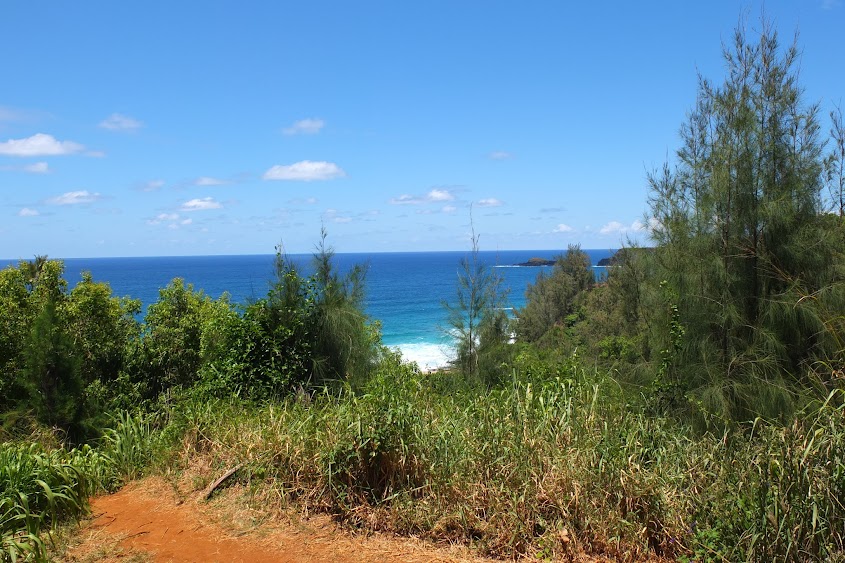 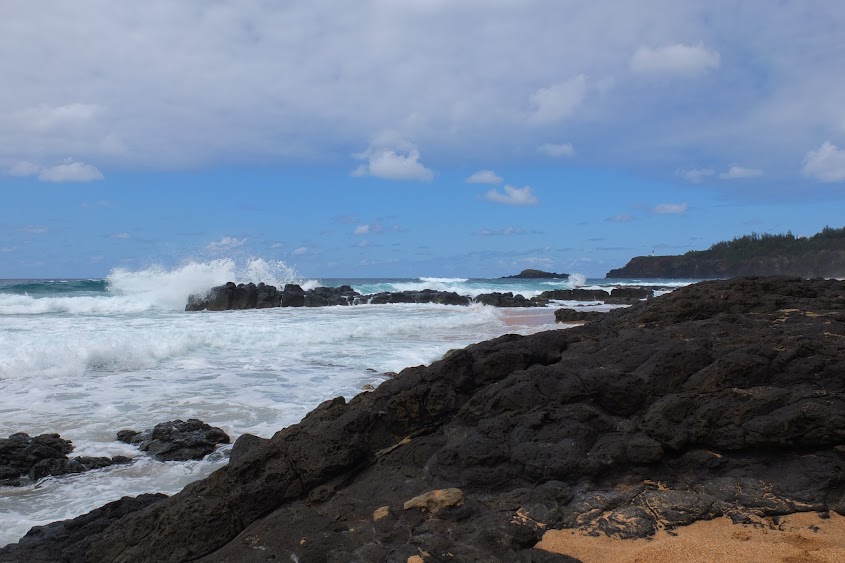 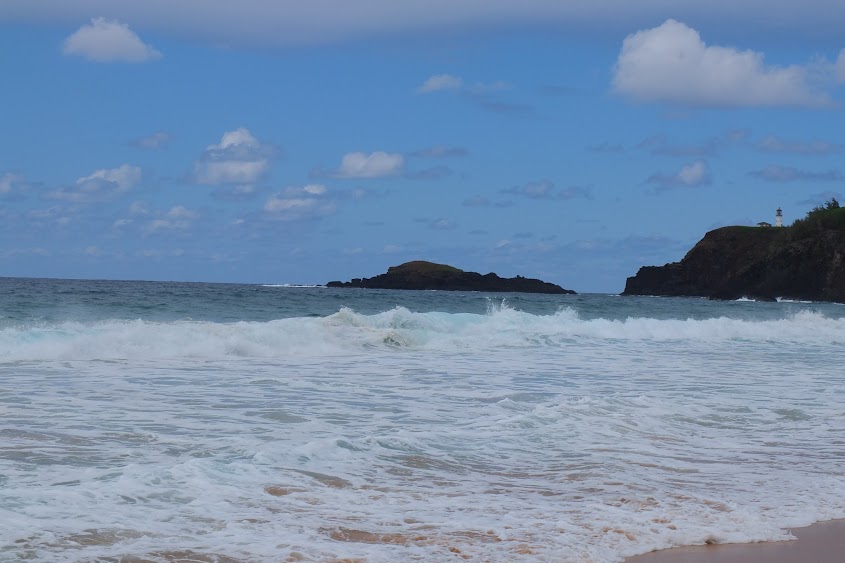 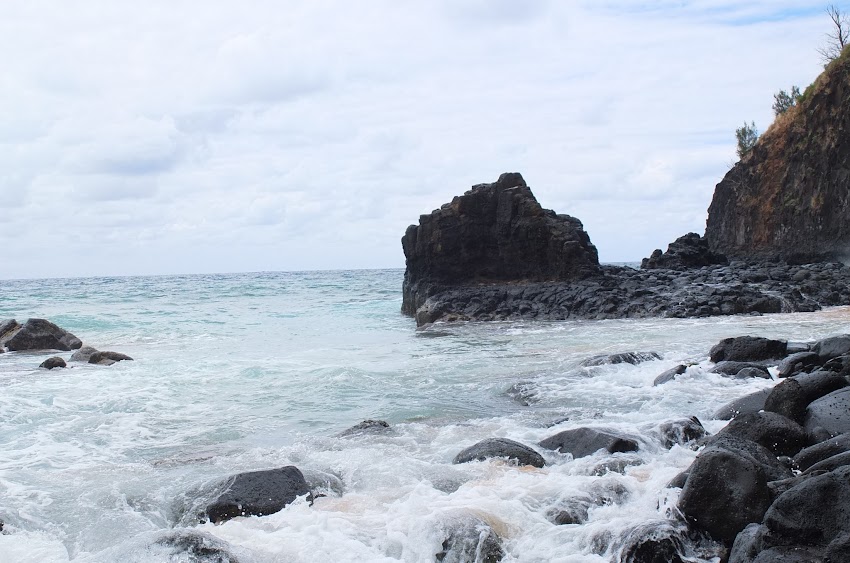 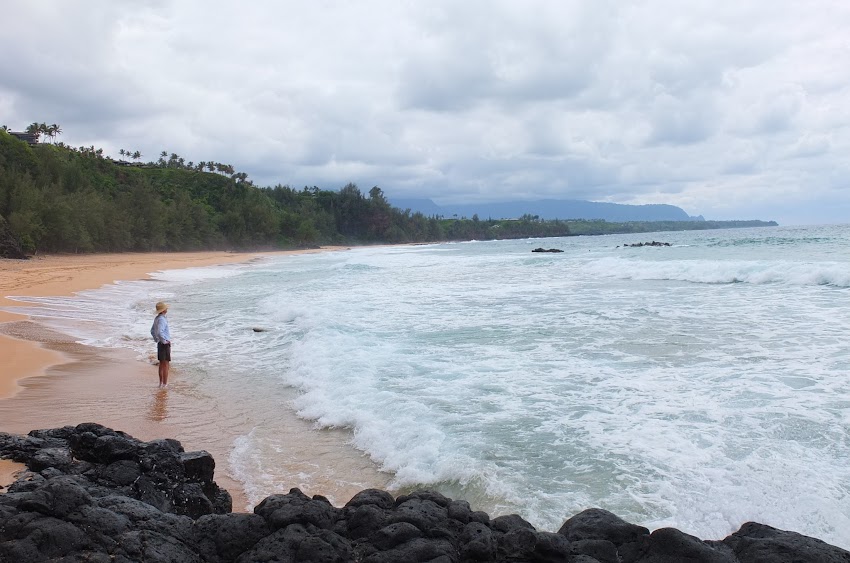 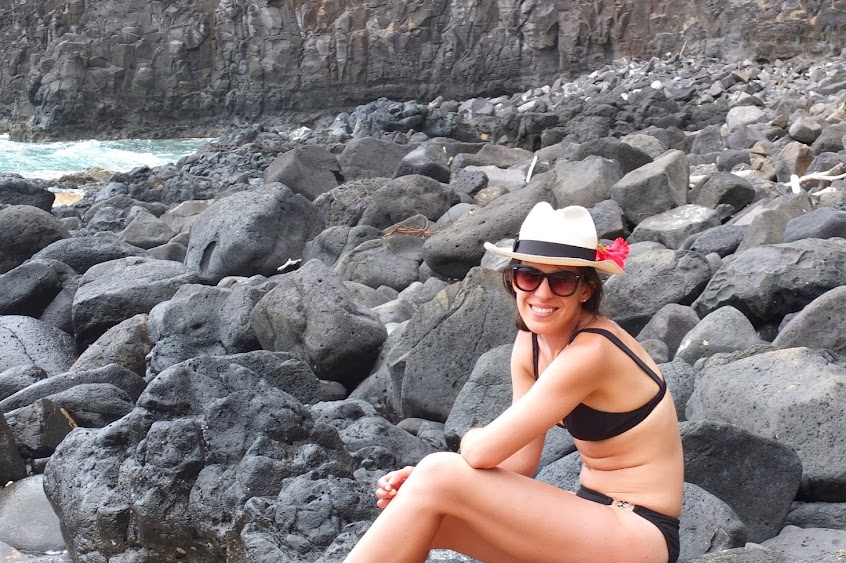 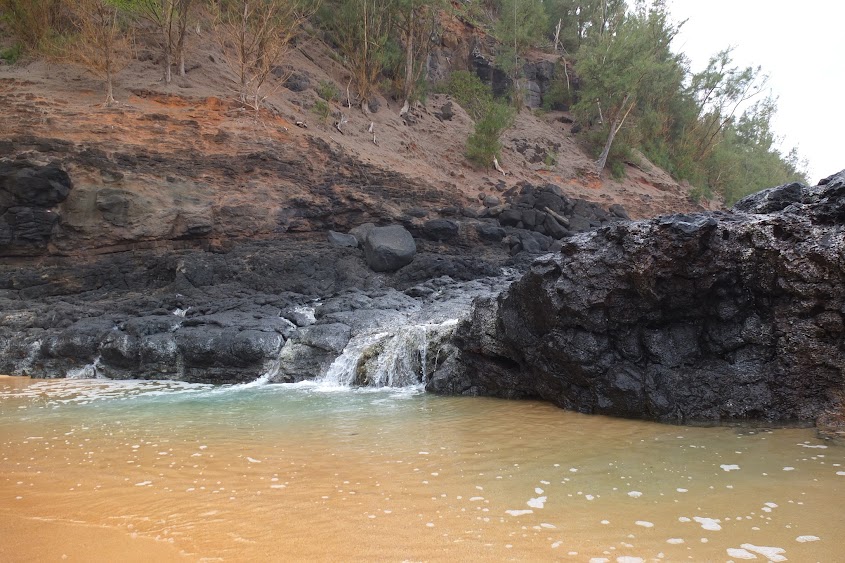 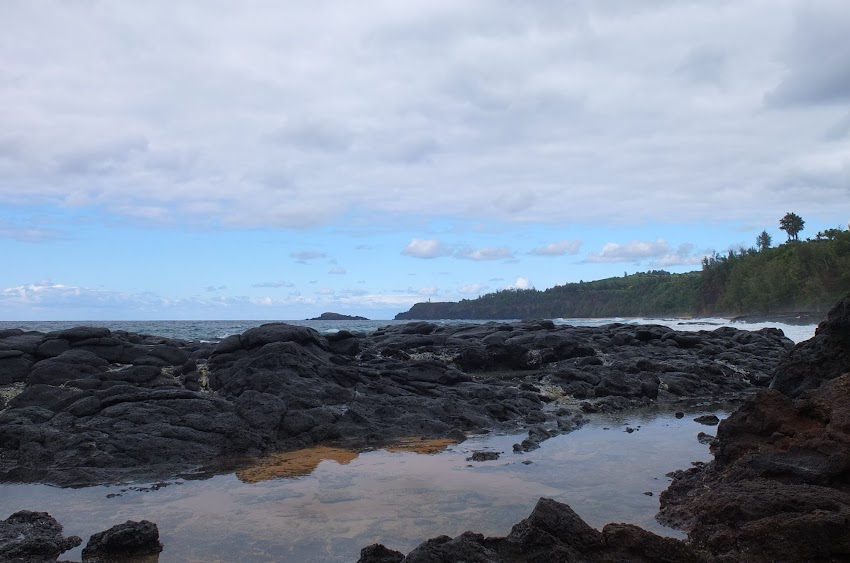 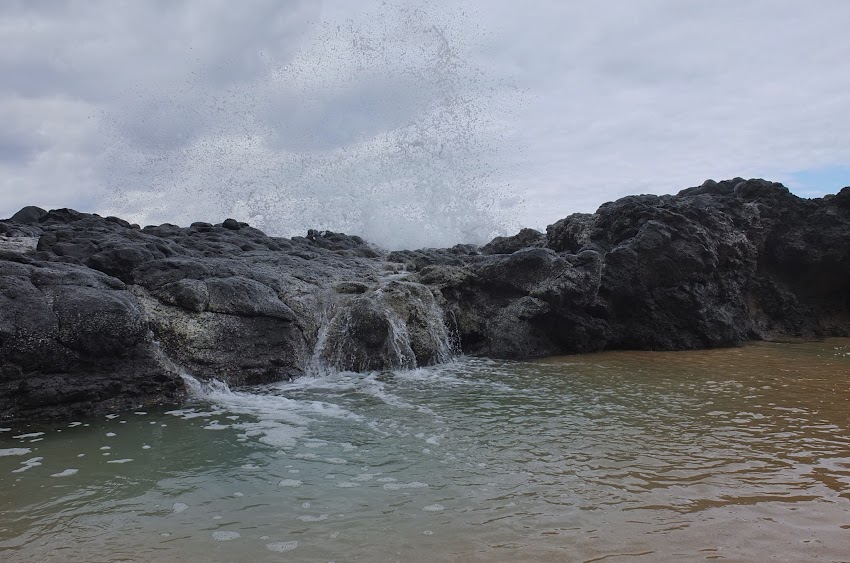 Before arriving back at the bed and coffee, we gave into the intrigue of the sign that read Mango Bread on the road across from our cabin that, upon further examination, presented a house offering pickled mango and leis as well. At the end of the road was the tree of life if you will—a towering mango tree with perfectly and overripe mangoes gracing the tree and rotten ones scattered around. After a sort of dizzying exchange with the maker of said products, we were given once small container of the bright red pickled mango and a recommendation for a family restaurant in town that we hadn’t the time or craving, truthfully, to visit. 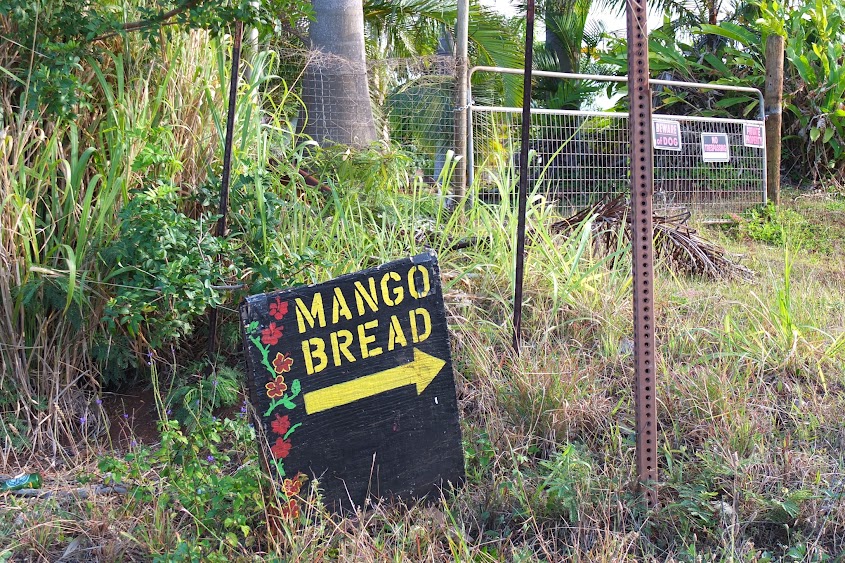 The kitchen at the B&C was fully-stocked with every spice, oil, condiment, utensil and pan you could want. It was located within a much larger room with a huge wraparound couch, desk, television and table for eating. Used to living in a small space at the cabin and at home, the excess was sort of unsettling at first. That sounds ridiculous as I write it, but it’s true. We started the first bit of a movie, and only saw our fellow housemates hailing from Colorado as they passed through to their room. For the curious, the movie was Jurassic Park.