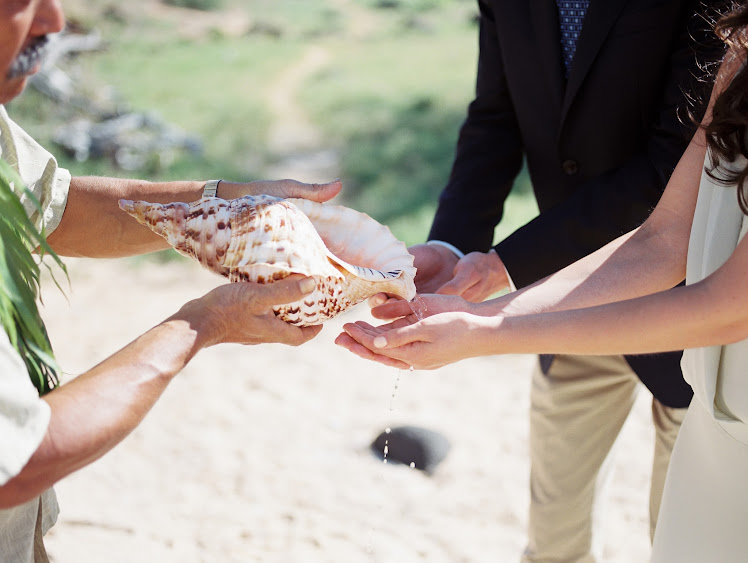 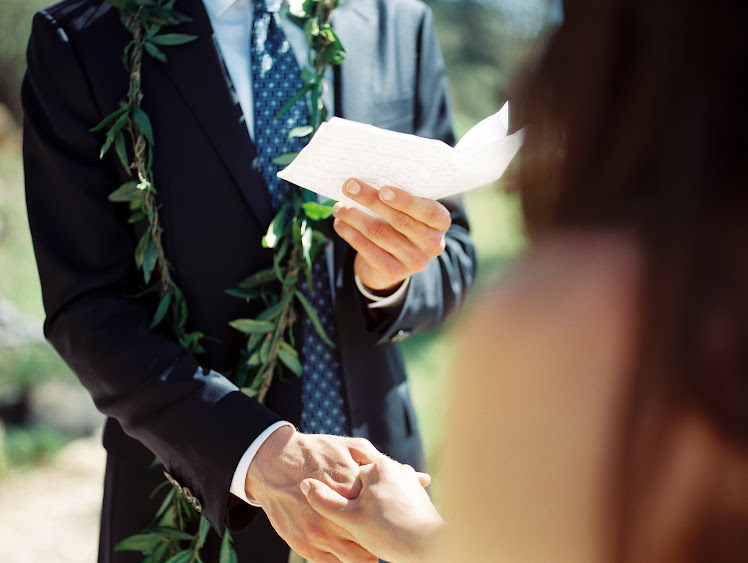 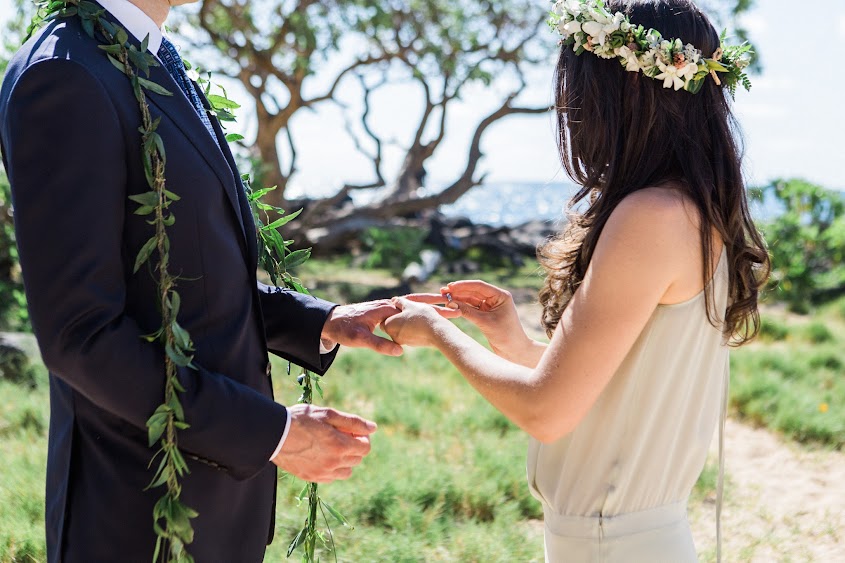 This morning, May 21, 2015, was more than my mind could dream up or even grasp, even now. Words fail to capture it fully (though I try in this post) as it was just so powerful. I’ve called it surreal but I don’t think that is accurate. It was so real. So beautiful. A beautiful, all-encompassing experience that will be forever in us.

After our wedding we found ourselves sort of stunned I think at what had just unfolded. Our officiant and photographer (both absolutely incredible and deserving of every accolade they each receive, as well as some from me at a later date) set off, leaving us alone on our little section of sand. The sun was gaining on us and after giving ourselves a bit of time to soak it in, we headed back to the car to return to the cabin as newlyweds. 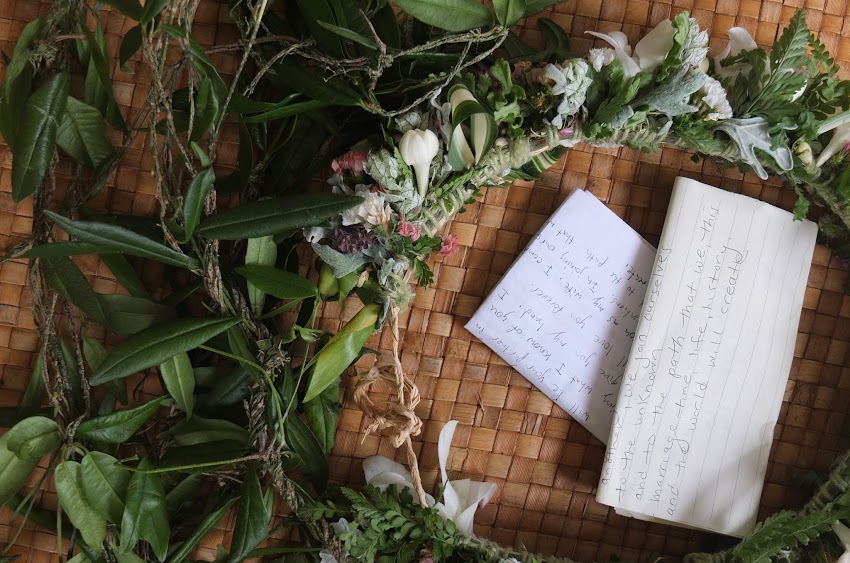 I put together lunch, listened to music and allowed myself to feel all it was I was feeling. Luke napped in the hammock near the coconut trees for a bit before we met at the picnic table for lunch. It was all so simple, so routine, but then again not. We were married! Did we feel different? 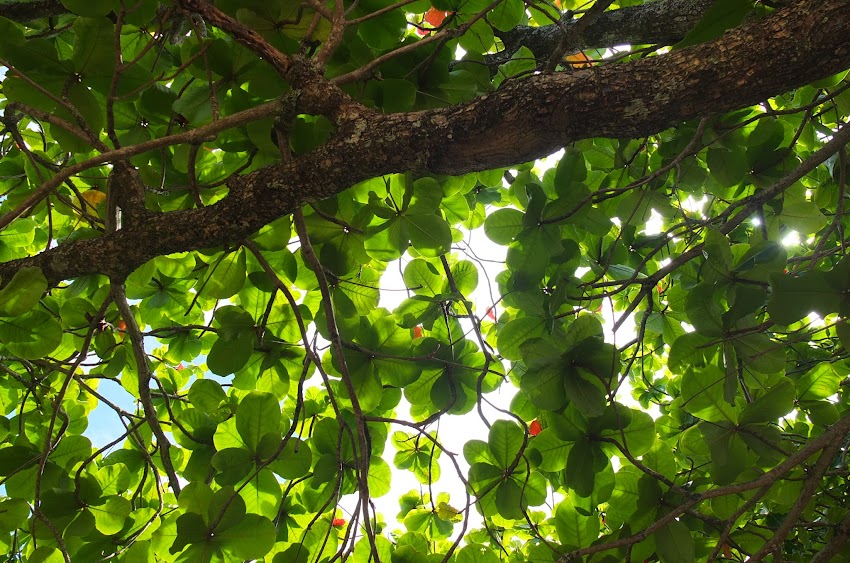 We spent the afternoon at Anini Beach which had the calmest waters you’ll find on the North Shore. We arrived and parked easily, it being a week day. We wandered a bit, away from the boat launch but not as far as the campground. As we walked, we could hear the sounds then saw the faces of hippies giving an impromptu performance. We settled under a section of Kamani trees that were available and savored the shade they provided. 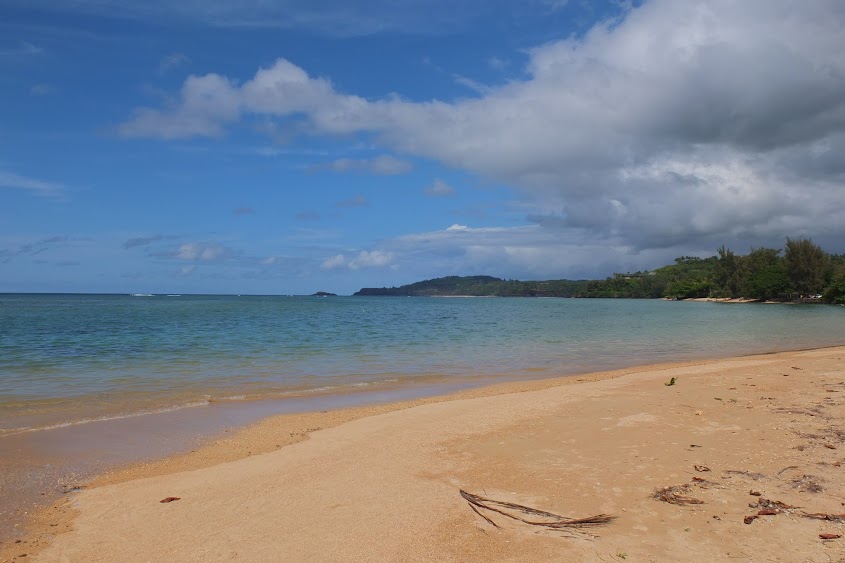 The vibe at Anini is different than the others. It has its share of stunning homes but mere feet from them are gatherings of free-spirited young people seemingly living in the campgrounds, at least temporarily. Do the inhabitants coexist happily? Who knows? I will say, however, it is a sight to be seen and felt. The water is crystal clear and had absolutely no wave action while we were there, save ripples from boats entering and exiting at the launch. 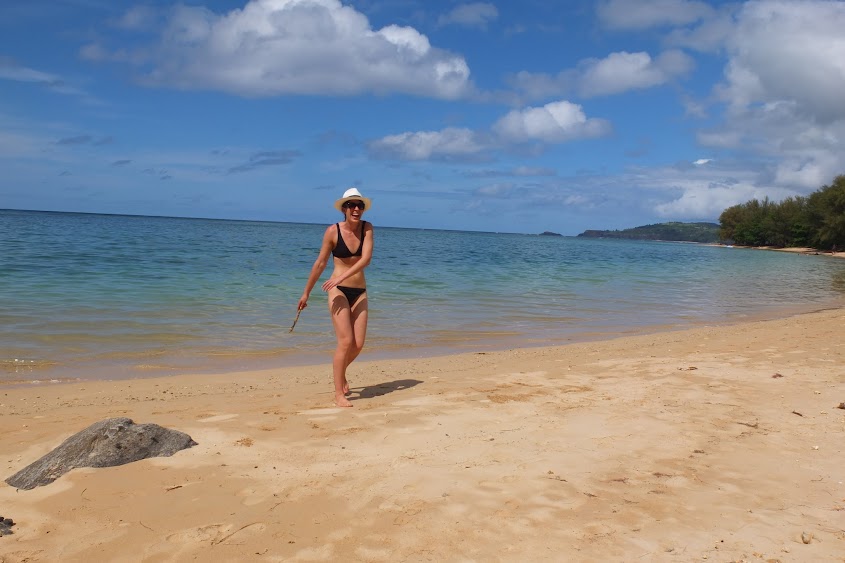 I had willed myself to keep my hair dry and clean for our dinner out but alas, that plan was short-lived. We walked along the shore a bit until it appeared the tide was eating up the beach and we headed back. Not before I carved the requisite L&L May 21, 2015 in the sand. I had had grand intentions to read the Hemingway book I’d brought along. That is until I realized one paragraph in I’d read it before. 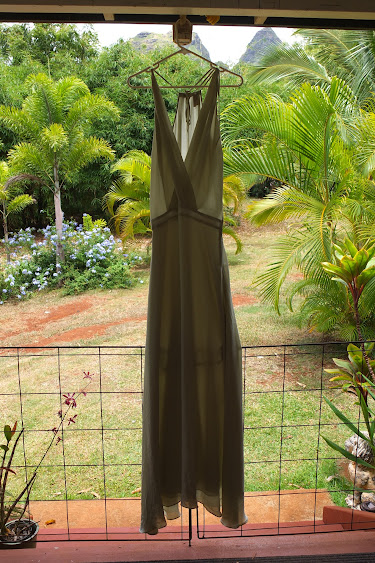 We headed back to the cabin to get gussied up (again) for our fancy dinner out. Our kind of fancy, that is, in the form of a pop up restaurant named Kauai Ono. Owned by a chef with experience at a Michelin starred restaurant in San Sebastian, Spain, Kauai Ono is an opportunity to bring food from the surrounding farms to about 30 patrons per night, two nights a week, in a form of a tasting menu. It’s Cash Only, BYOB, no-frills, and all about the food. 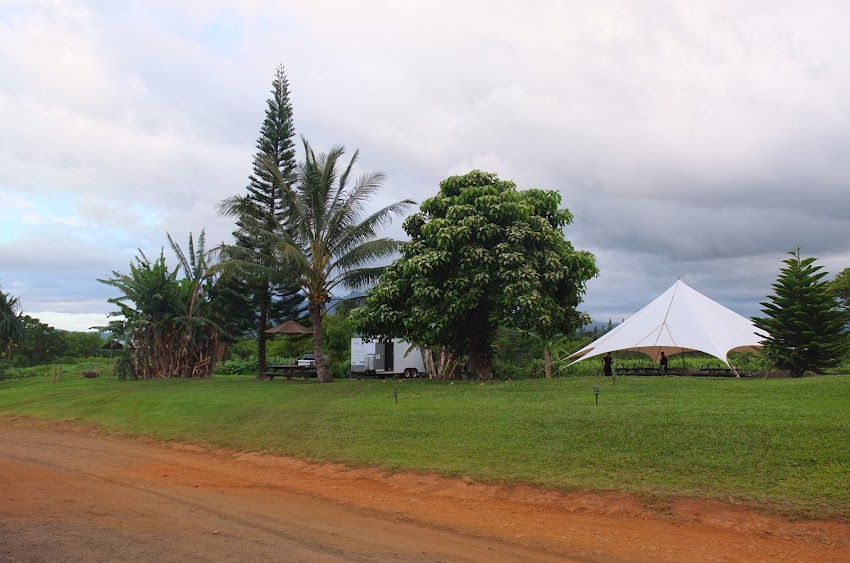 We arrived a bit early to find the tent set up and the tables in arrangement. We took a seat, opened the Champagne, and let the evening unfold. It was a joy, truly. Our table mates were so excited by our very recent nuptials and we talked travel and food for the duration of the night in-between prix-fixe courses.

The menu showcased staples like taro, our favorite, the purple sweet potato, Kalua pork (another favorite), and Walu. All were prepared simply but with flair, and using ingredients local to the islands. We loved every bite, especially the pork. That was just heavenly. 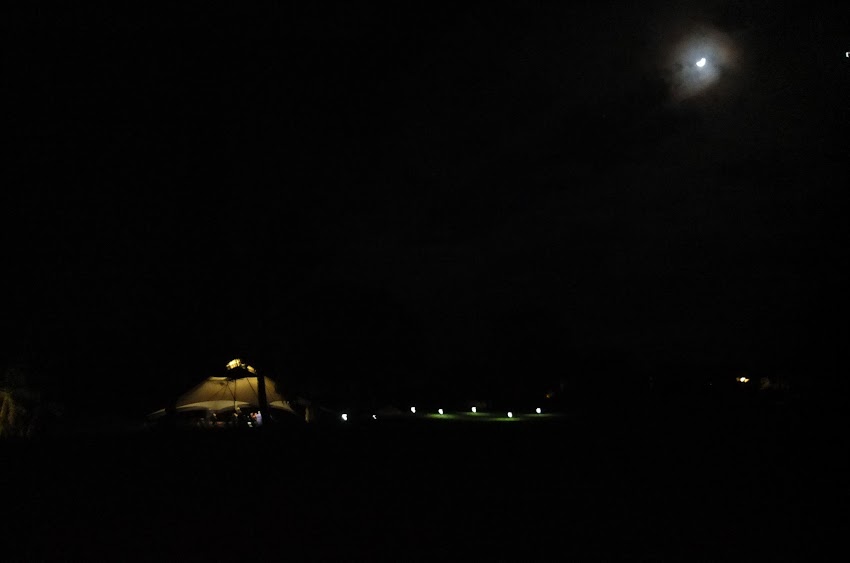 Dinner came to a close a few hours later. We wandered back to the car, spotting the moon high above the tent and providing another one of those moments where you wonder if something so seemingly make-believe can, in fact, be real.

Kauai Ono If you like food prepared simply yet creatively and with quality ingredients, you have to go to Kauai Ono. It’s only held two times per week and for one seating of 30-40 people per night, so reserve early if you can. It’s prix-fixe, no substitutions, so if that’s your style of dining, be sure to give it a try.

PS: This is new! The local wine shop will deliver your wine to the site (and they look to be pretty affordable, too!).