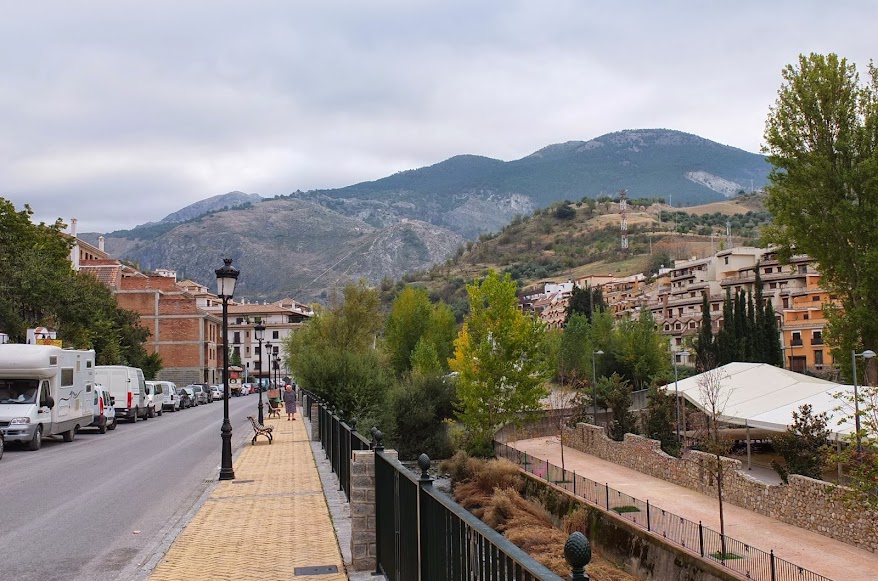 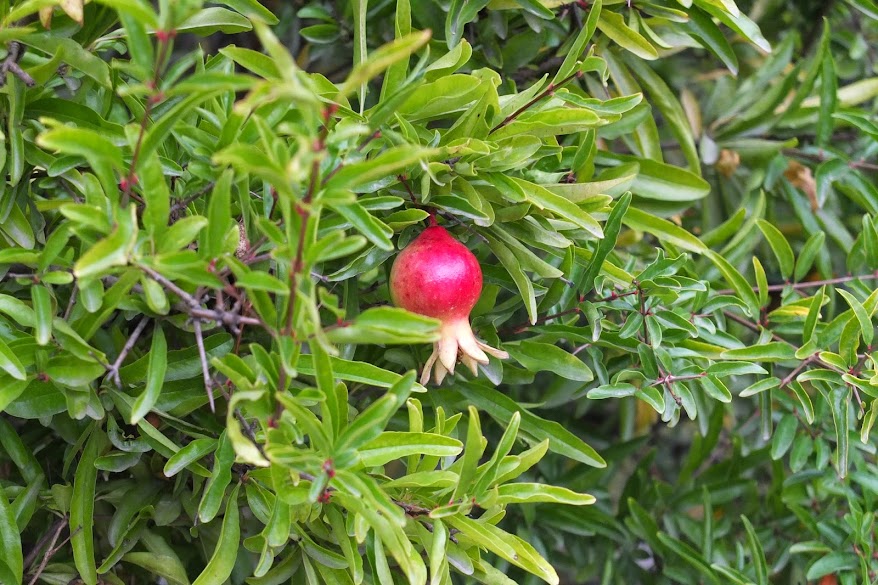 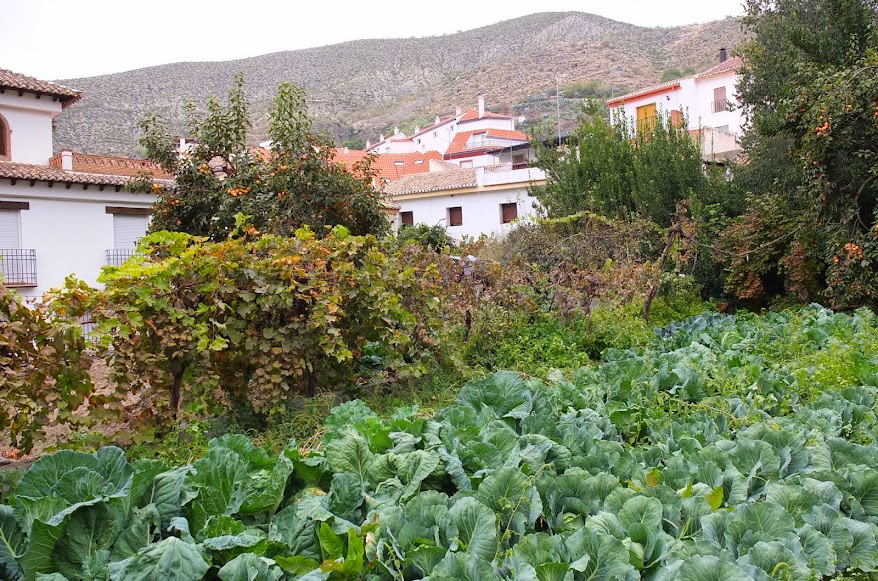 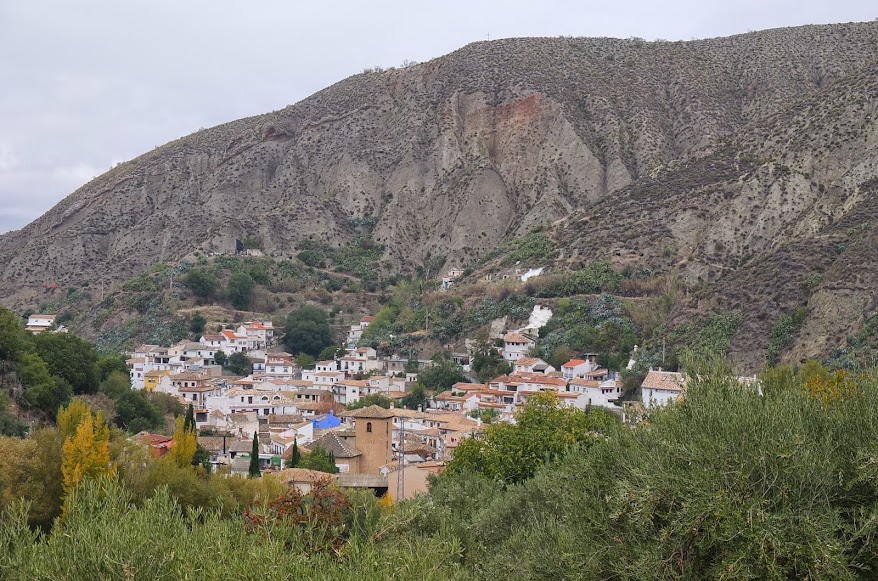 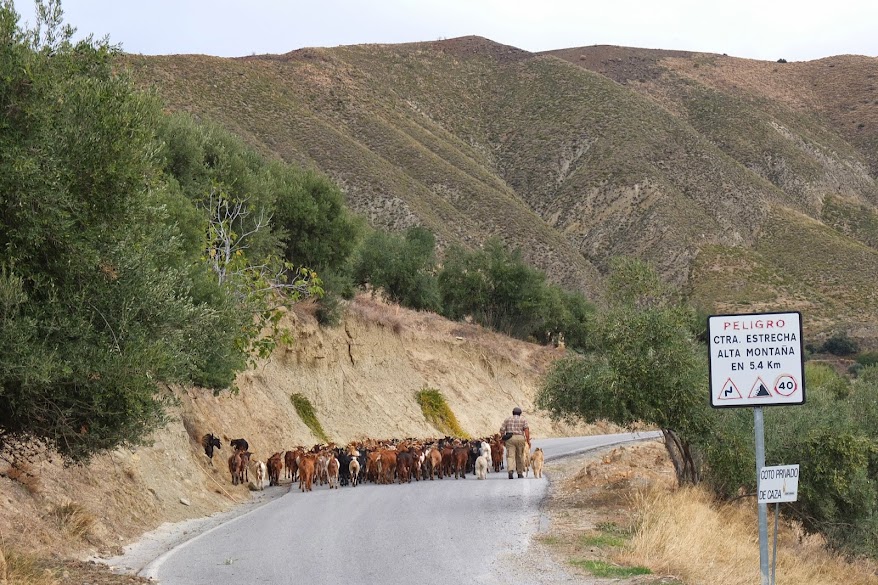 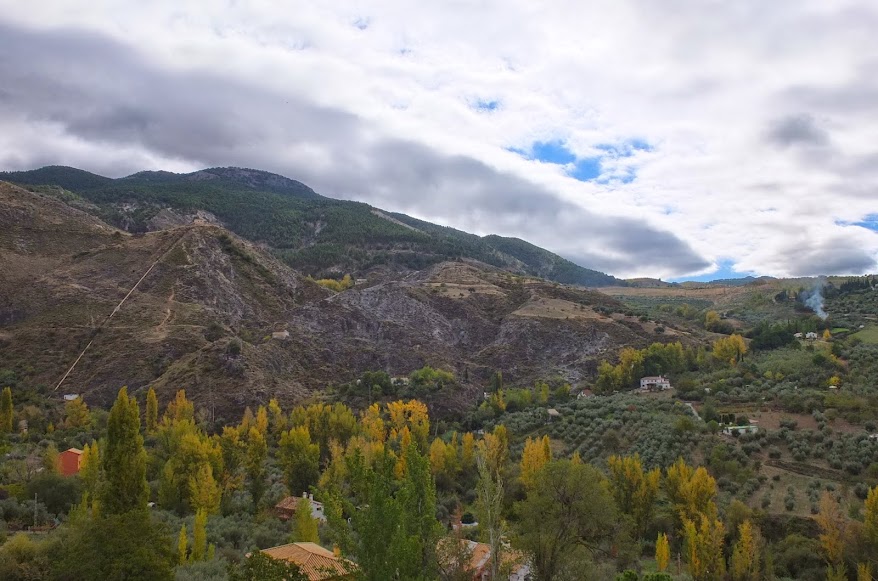 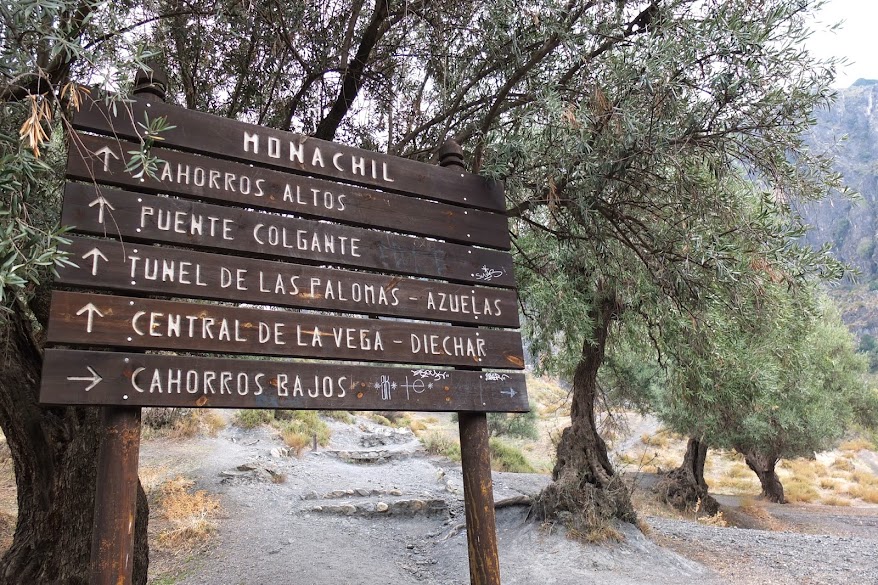 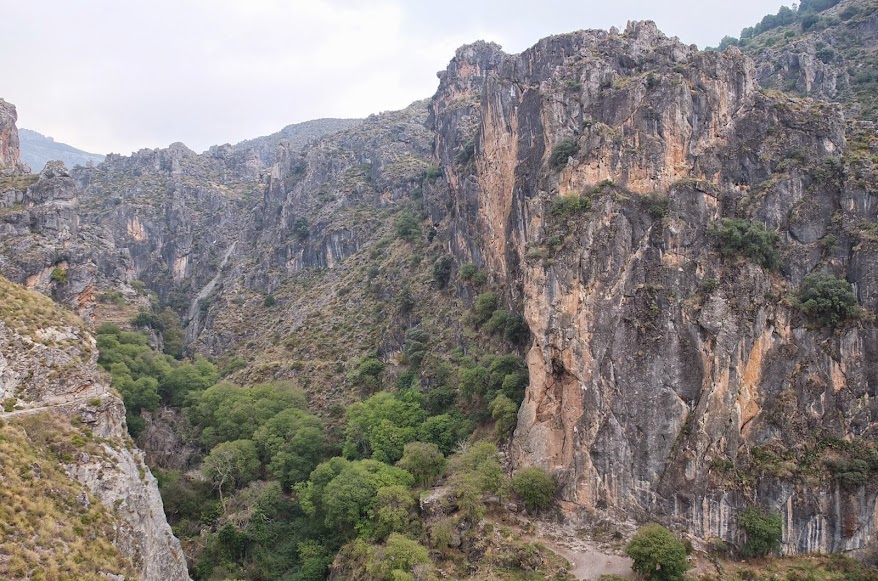 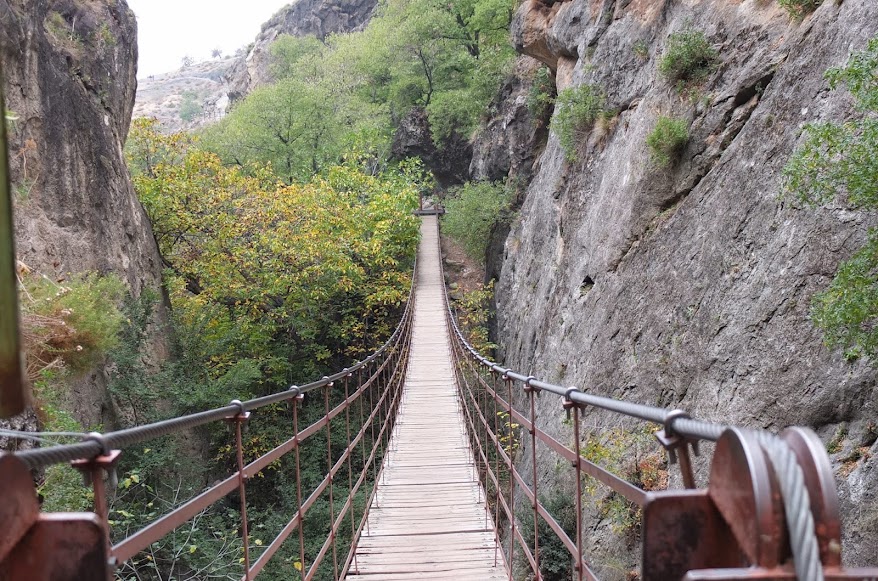 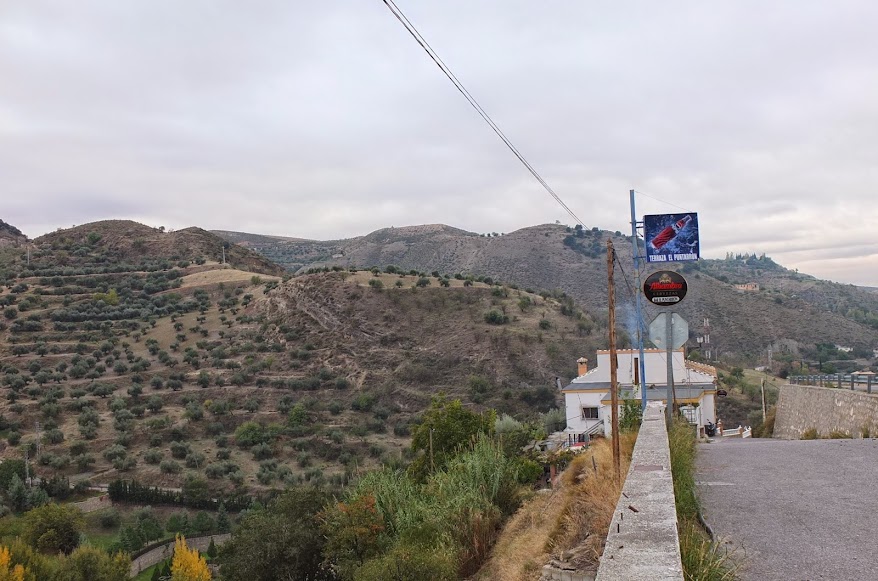 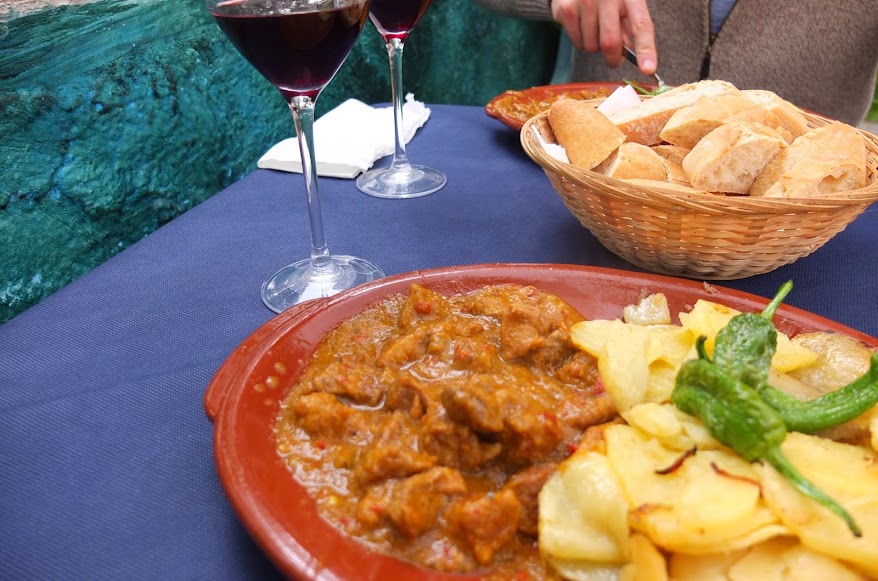 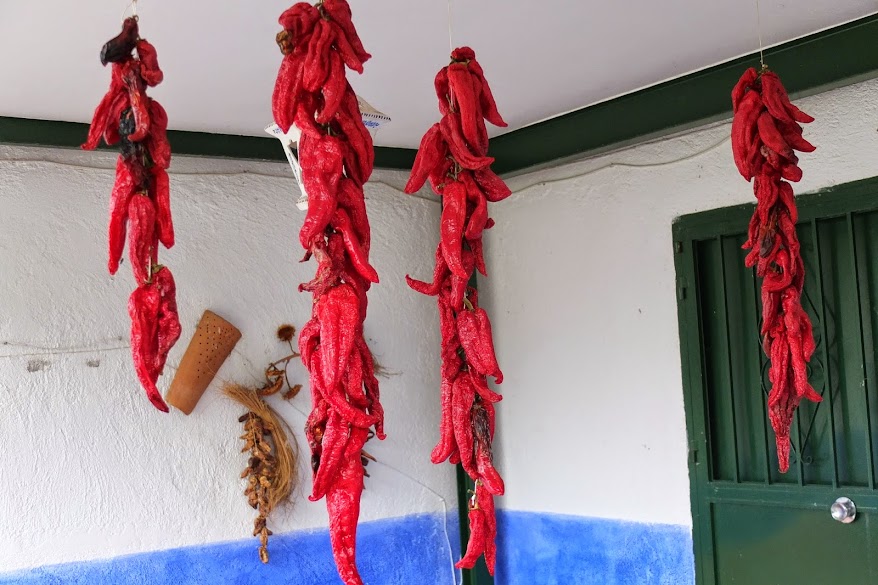 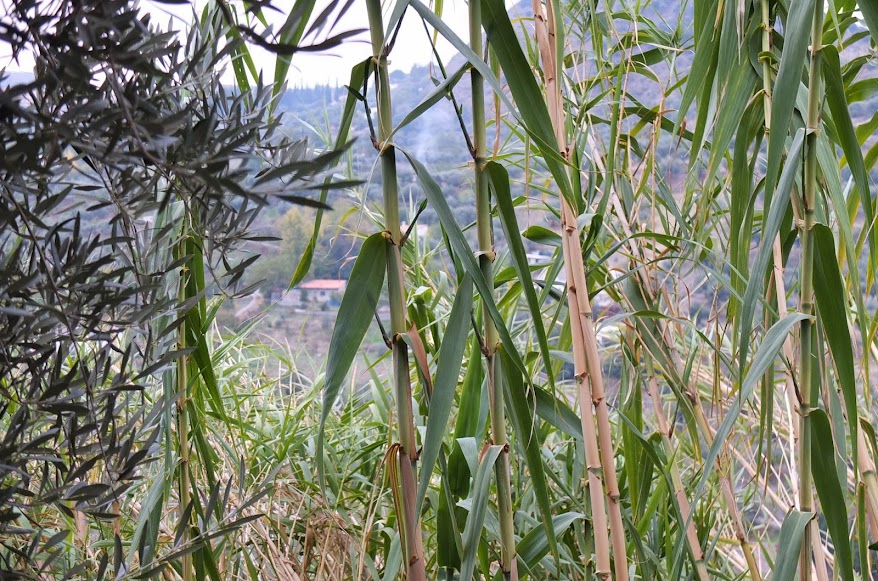 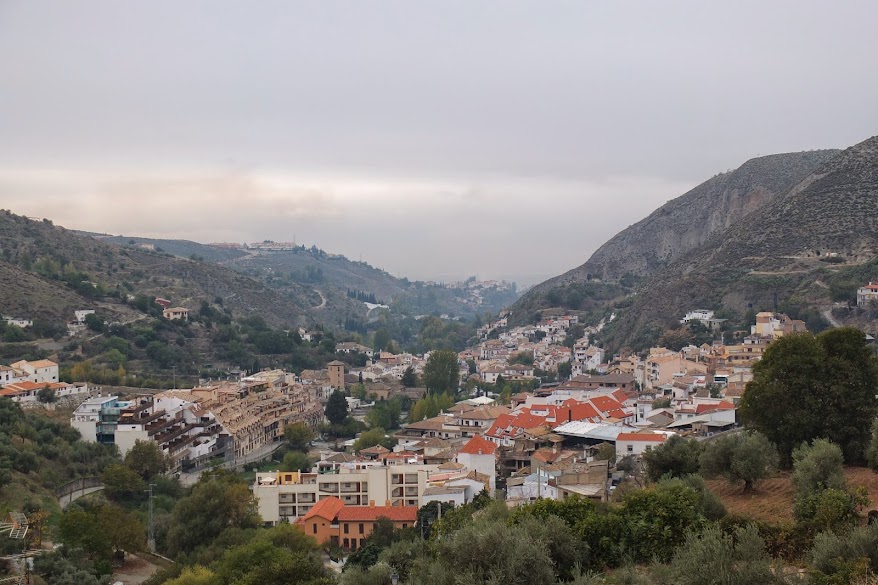 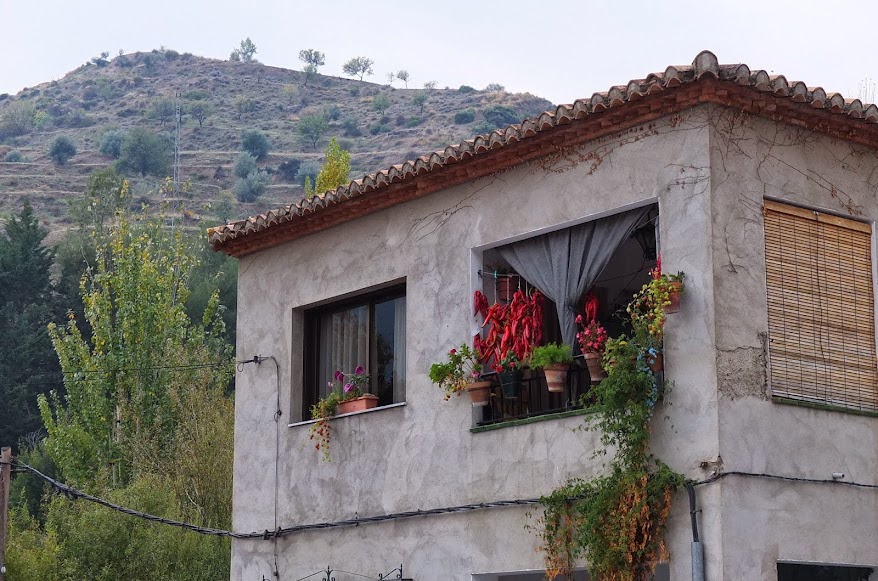 On our last day and night in Granada, I wanted to see the countryside just a bit more. We thought originally that we’d take a trip to Las Alpujarras-the traditional white washed mountain villages of the South- but a 4+ hour journey just wasn’t in the cards. Instead, we took a 25 minute local bus to Monachil- a town very known for it’s hiking trails and lack of tourist intrusion.

We boarded the bus and took it till the end and arrived in a sleepy town. We wandered a bit, trying to find the trail head. One woman told us it was closed, so we crossed the street and couldn’t find it there either. At a point we found ourselves in the middle of an olive grove then suddenly approached by a guard dog. We just kept walking. Then I selected the largest walking stick I could find.

At last we found our way. We walked up a steep paved road, passing farms and modest houses spewing smoke from the warm fire within. At a point, we spotted a goat alone in a small pen and realized it had just given birth to the kid feeding from her. Where are we?!

Each property we passed produced so much: olives, almonds, pomegranates, greens and more. We reached the top of the road and the valley opened up before us. On the road beside us we spotted the owner of the aforementioned goat bringing the rest of the herd to pasture. Behind, cyclists climbed toward the trails ahead. It was like a dream! The picture of them above is my favorite.

We rested for a bit and ate chocolate and figs and a small pomegranate L plucked from a tree earlier. We walked on, following the trail, passing farm after farm, some equipped with loud guard dogs. We just kept moving.

Finally, we came to the hanging bridges and Los Cahorres. We spotted another couple, but otherwise we were alone. We wandered a bit, over the bridges and alongside the rivers, and made a small loop since we hadn’t planned on a true hike.

We ended up at the lone restaurant along the road to the trails, Restaurante El Puntarron. It offered a 9E menu del dia and we selected it immediately. We settled at a table outside and sipped our wine while magic happened in that little kitchen. After a broth soup, we were served a platter overflowing with roast potatoes and stewed pork. We grabbed a bottle of local olive oil from the table nearby and drenched our bread in even more than the plate offered. We drained our wine and were served the most perfect apple cake. It was heaven and easily the best meal of our trip.

A simple, easy day trip I’d recommend to anyone. The perfect ending to our whirlwind Spanish adventure.

Directions to Monachil via bus