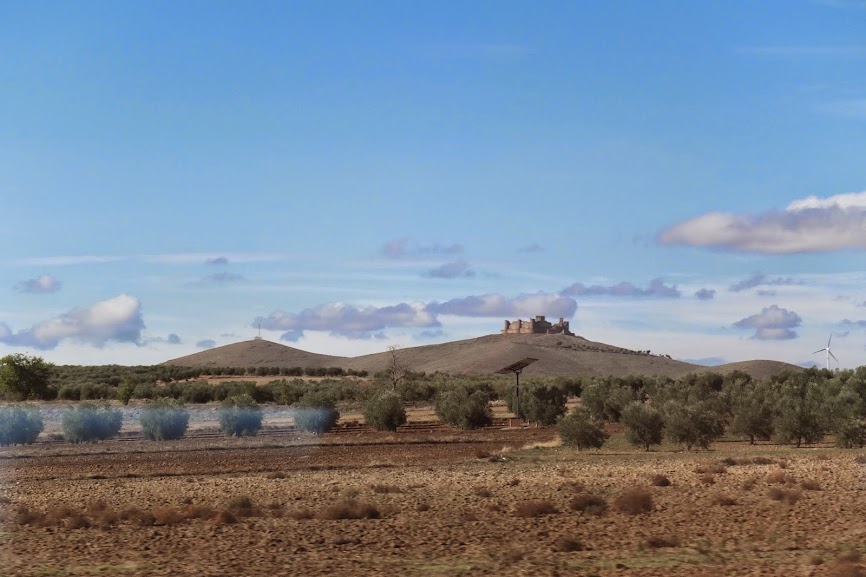 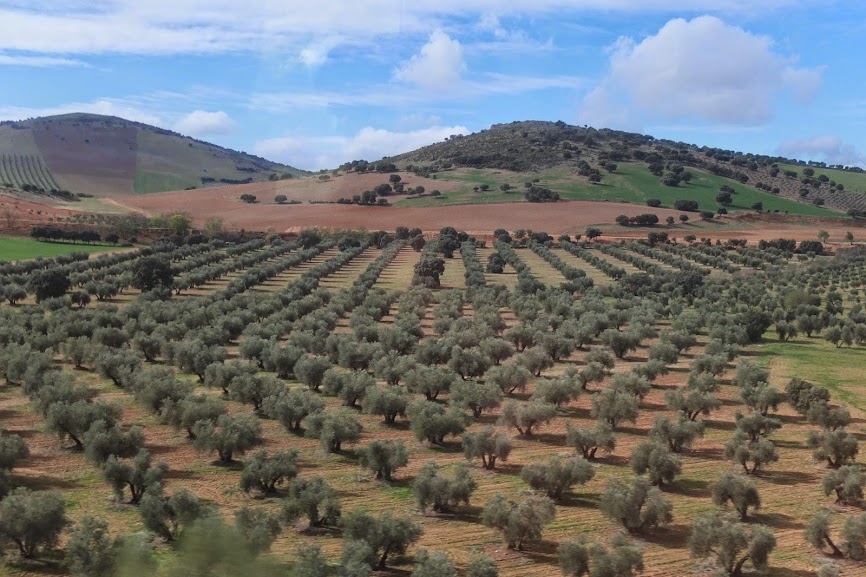 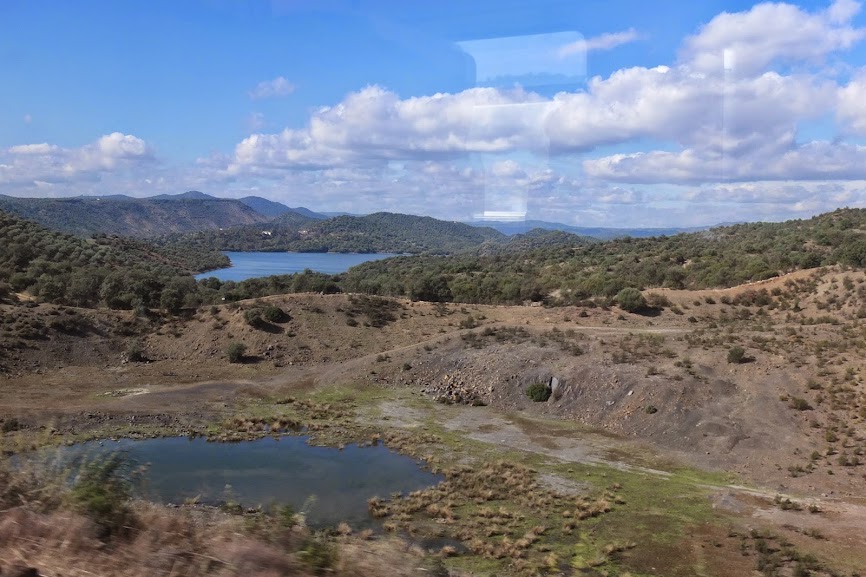 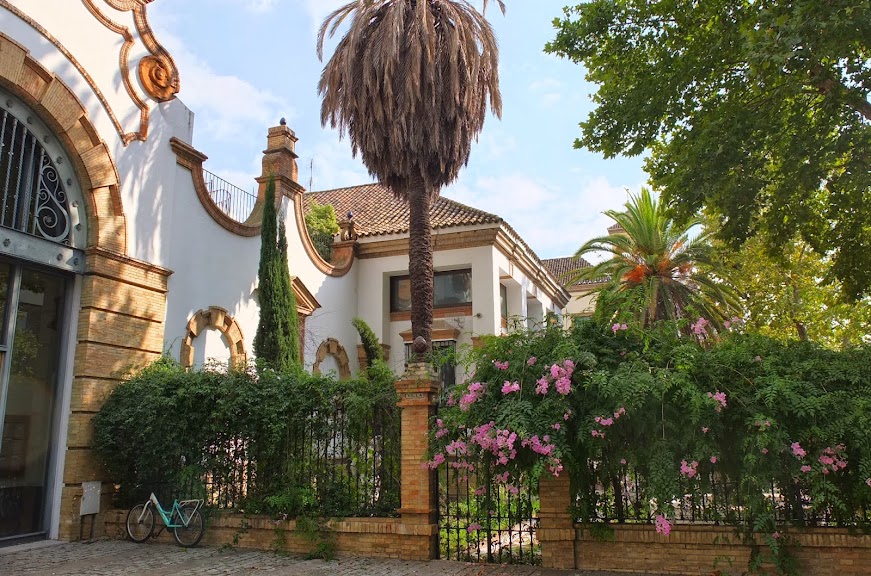 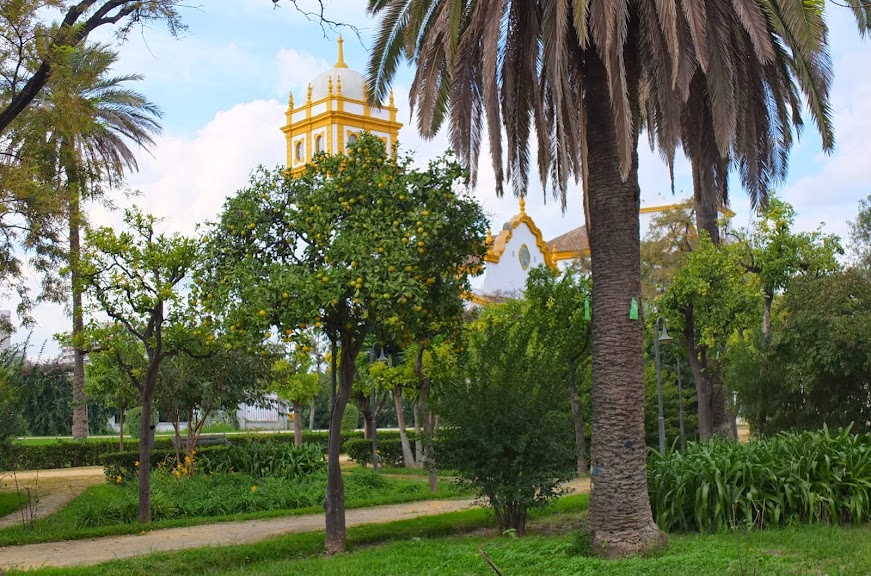 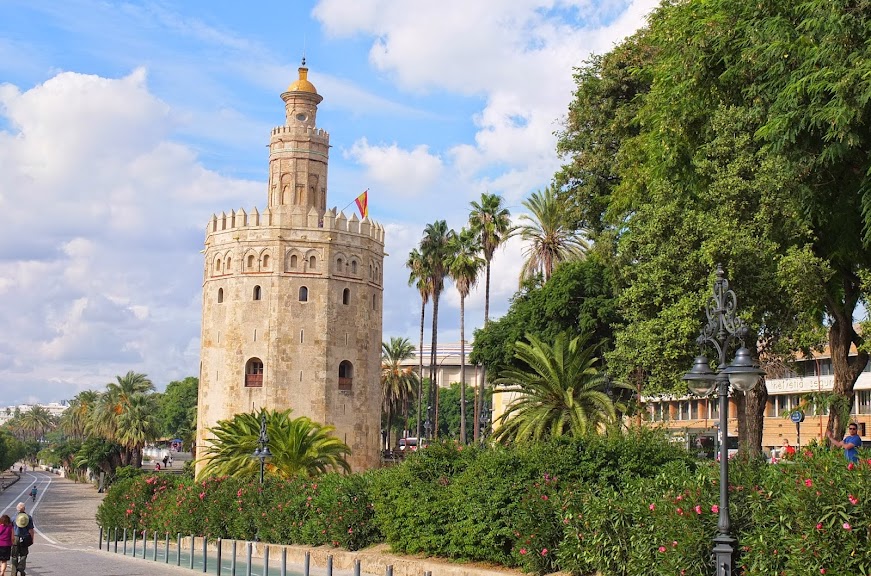 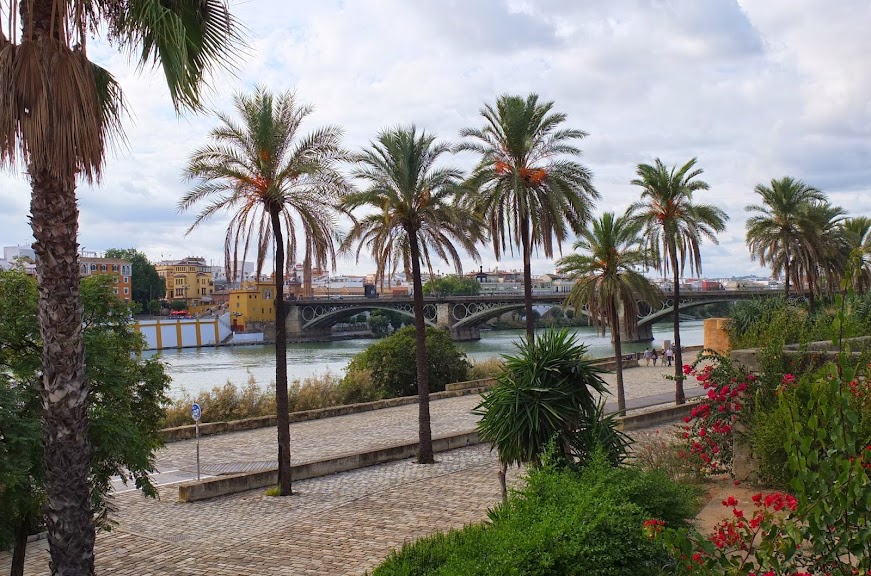 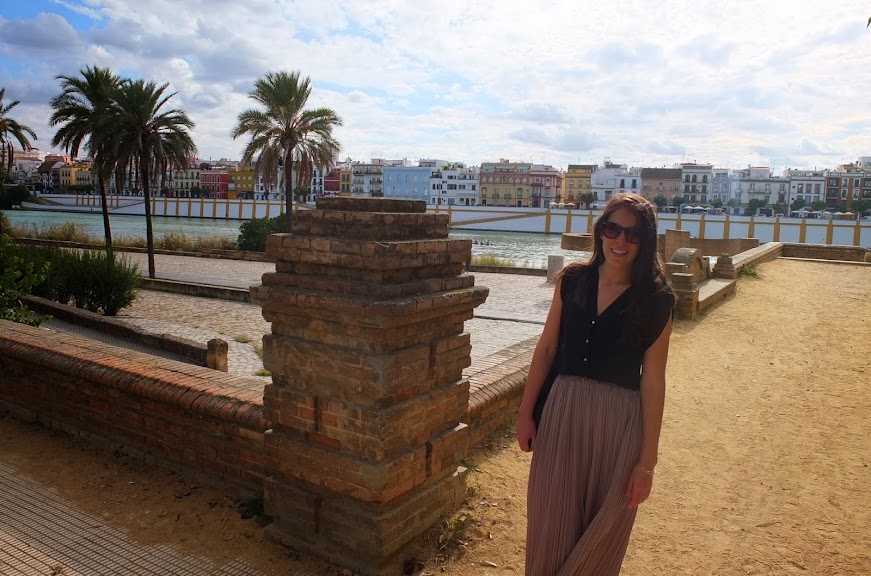 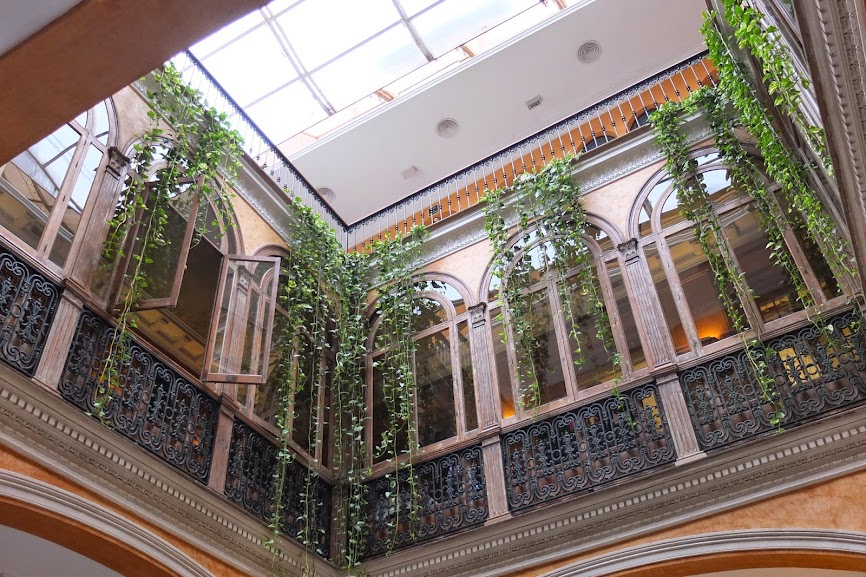 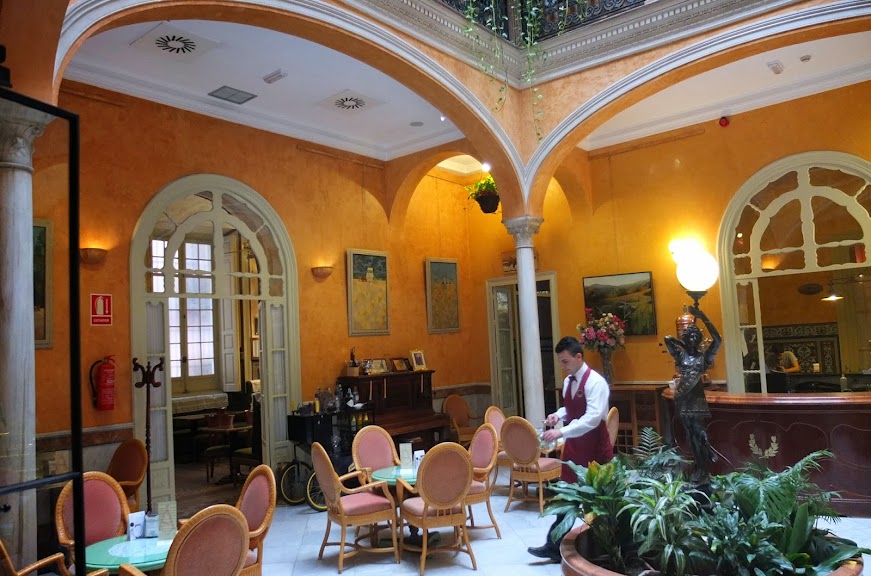 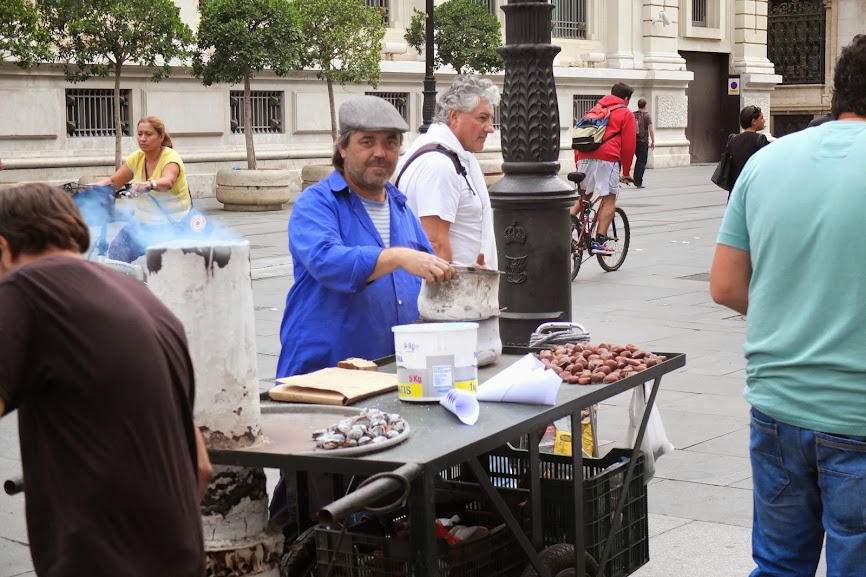 the AVE train from Madrid to Seville was just what we needed-a speedy trip to a drastically different, warmer, more obviously beautiful and seductive place in the south. we got to the station early, as I suggest you do, too. In hand I had our tickets that I’d booked far in advance to save quite a bit of money. we boarded and settled in, L with a book in hand and me with the camera out.

one of my favorite things to do when I travel is take the train and this was no different. on this trip we jetted past castles and farms and tons of olive groves. not to mention the beautiful white-washed towns as we entered Andalucia.

a quick two hours later and we were in seville. what you have heard is absolutely correct- it’s stunningly beautiful and has an intoxicating smell. yes, smell. we ventured out to find our hotel by foot 40 minutes or so away from the station, but a line of taxis called to me and we hopped in- the first tax I’ve ever taken in europe. we were dropped off in front of our hotel, the Mariott Ciudad de Seville, a former villa.

the sun was so enriching, we hurried to change and set out to the city center. we walked along the water, getting the first glimpse of the flower-covered buildings one more beautiful than the next, the bullring and the golden tower. we turned into the city and were struck by the winding streets yet somehow found the street we were looking for…but the restaurant we were searching for was no longer (note: do not use outdated guidebooks). I pulled out a current book as we both were overly hungry, a common state while traveling, and settled on the closest place, Taberna del Alabardero. What I realized after our multiple-course meal in the most picturesque garden room, surrounded by well-dressed business people, was that this was a restaurant staffed in the front and back of the house by culinary students. the meal was really wonderful and at a 14E price tag for so much food, I would absolutely return.

our leisurely lunch caused us to be late for the sites but it really didn’t matter. instead, we strolled by the mighty cathedral we would visit the next day, inhaled the air of chestnuts popped on the street, oranges and jasmine on the trees, and hiked up to the top of the golden tower where, despite the mediocre naval museum inside, we were struck by the most beautiful view. i’m a sucker for a good view.

later, we took a short-cut (now a more purposeful 40 minutes to our hotel) and were greeted by the plaza espana lit up for the evening. oh what a sight that is! more on that another day.

we took a beautiful route on the opposite end of the park and found ourselves as the highly regarded vineria san telmo near to the plaza espana. we were seated quickly at an outdoor table under a canopy with heat lamps. we were treated to fabulous wine and decadent tapas. as we ate, the rain came down rather hard but despite our outdoor located we were content.

through silent streets we wandered, getting lost sort-of intentionally, and leisurely found our way back to the hotel.

we ate like kings today. we fell in love with seville today.

addresses you should know: